“What in the world are you doing?” Josh said, walking down the driveway. It was mostly dark, as dark as it can be on a late August evening in big city, light-polluted Houston.

“I’m looking at that!” I said, pointing slightly to the left of a tree silhouetted against the northwest sky.

“What is that?!” I asked incredulously.

I first noticed it back in June.

This story starts with peeing and pooing dogs.

Every night, around 11:30, Mother’s pups have to go ‘out’. This means that the less than 10 pound male poodle comes in to my bedroom, stares at me until I feel his creepy brown eyes telling me his sister is down by the door and they are ready to go out. Normally I would just open the door and wait the sixty seconds it takes them to hike and squat. But for what ever reason their canine brain has come up with, this pee and poo event involves a whole lot more peeing and a whole lot more time.  This weird, tiny dog reconnaissance mission takes upwards of 20 minutes, because they pee on every single interesting smelling spot on our entire street.

The protocol is the following: they exit the door, briefly canvas the back yard for raccoons and then head out front, down the driveway to the street. And start peeing, in both directions at almost every house mailbox and other more random choices..

The street, at dark, is where I saw a coyote stop and look for something small and tasty in the Houston night a couple of years back. And then last year, my headlights caught a three member coyote pack with a limp cat in the leader’s jaws.

In June I started going out and standing at the bottom of the driveway, ready to pounce on any stray coyote who might decide that mini poodle bites is what’s on the menu.

“Janet, do you know what time it is,” Josh says, a tiny bit of curiosity mixed in with the knowledge that finding his mother in her nightgown standing in the middle of the driveway in the middle of the night, is unfortunately, not surprising. (I’ve stood in this driveway way crazier than this before, believe me.)

“I don’t know what it is, but it looks like there are two of them really close together and it keeps blinking different colors,” I tell him.

About that time, the thing flickers red which turns to green and then morphs into pulsating blue. It goes quiet and resumes a white twinkle.

“It’s just .. well, it’s probably a satellite or something,” Josh says, his hesitation belying his curiosity. The glow of his smartphone lights up his face as thousands of images on the app he has open, show the thousands of satellites that circle our planet.

I hand him the really awkward star gazing binoculars.

“I bought these,” I say, “but they are really hard to focus.”

Josh and I have a mild disagreement over whether you should always buy quality or sometimes just opt for WalMart level if you figure you are only going to use them for the two times you find something in the sky that you cannot figure out what the heck it is. The barrel of these binoculars is longer than the dogs. Steadying the damn things to look at something tiny in the sky is impossible.

“Well, of course, these things came with a cheap tripod,” Josh says, all of this in disgust as he backwards engineers, with detail to me, how badly manufactured everything I have handed him from the Amazon box.

Josh walks into the house.

Now you might think he’s given up, but no. I didn’t oversell how.. unusual this thing is that we are looking at.  He’s back with his tripod, which is several magnitudes above WalMart quality, and mounts the binoculars.

“I can’t find a satellite. It must be a star,” his fingers flying across the screen of his star chart app.

“I don’t see one either,” I say, as my phone blurts out some kind of weird music, which I think is supposed to make you enjoy the constellations mirrored in the app as you scan the skies, that is clearly not as good as Josh’s.

“Jan, turn that sound off.” Josh says this like I don’t know how to use a smart phone, all its apps, or the volume buttons.

He attaches the camera jib to the binoculars and we spend the next hour trying to capture an image. I like to watch Josh do this. It’s hard for me to believe that his man, this son, is mine. Like his brothers, I admire him, I am proud of him, and I like his company.

“It’s a star,” Josh announces as he calibrates his app to the moon.

Josh had already figured out why it blinked the rainbow. The key was its position above the horizon. We were watching it through a thicker part of earth’s atmosphere, low like it was in the northern hemisphere’s night sky this time of year.

“It’s beautiful,” I think to myself.

Arcturus is a red giant, 37 light years away, which is close by galactic standards but remains a distance for which I have factual understanding without any real concept. If you compare it to our sun, it’s older, 25 times wider, cooler at 7300 degree F, and in another 150,000 years, whoever is left on our planet will not be able to stand in their driveway and see it.

I know that suns are giant element factories, providing life spawning energy as they spew out fused atoms that we have given place and names on our periodic charts.  Like other times that I have stood in my driveway, I think about heaven and suns and sons.

I have joy in these things, not in the way of happiness mind you, but joy. And one day, in some heavenly place for which I have more faith than understanding, I will know the perpetual, eternal kind of both. 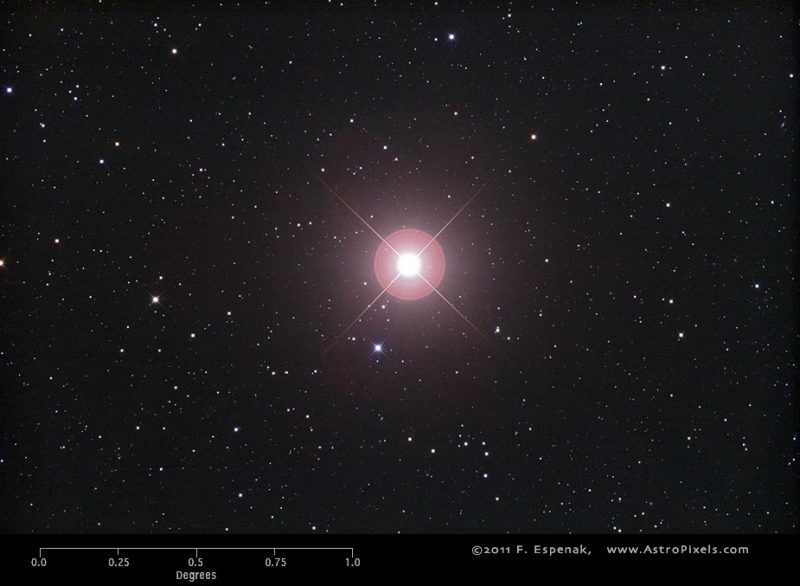