It was the summer of 2011 and Josh had just come off his second deployment and I had a conference in Greece.

We made plans for him to accompany me. He’d rent a car and after my talk we’d explore places neither of us had ever been.

Today, there are few things in this world that means as much to me as spending time with one of my Men. It wouldn’t have mattered which new place we were bound to explore.

Grown men, they are the product of culminating and continuing evolution who are growing beyond the way I knew them as children. Because of where life is taking them, they are following their own distinct path. They share the parts of me buried in my genetics, certainly bounded by the environment in which I fostered them, and yet they are their own.

In many ways they fascinate me.

“You want to go to that same pizza place,’ Josh queried, his blue eyes from his paternal grandmother seeming to hold no weariness from the last fifteen months in Iraq.

“I guess we could try somewhere else, but it was so good,” he said as I nodded in agreement. 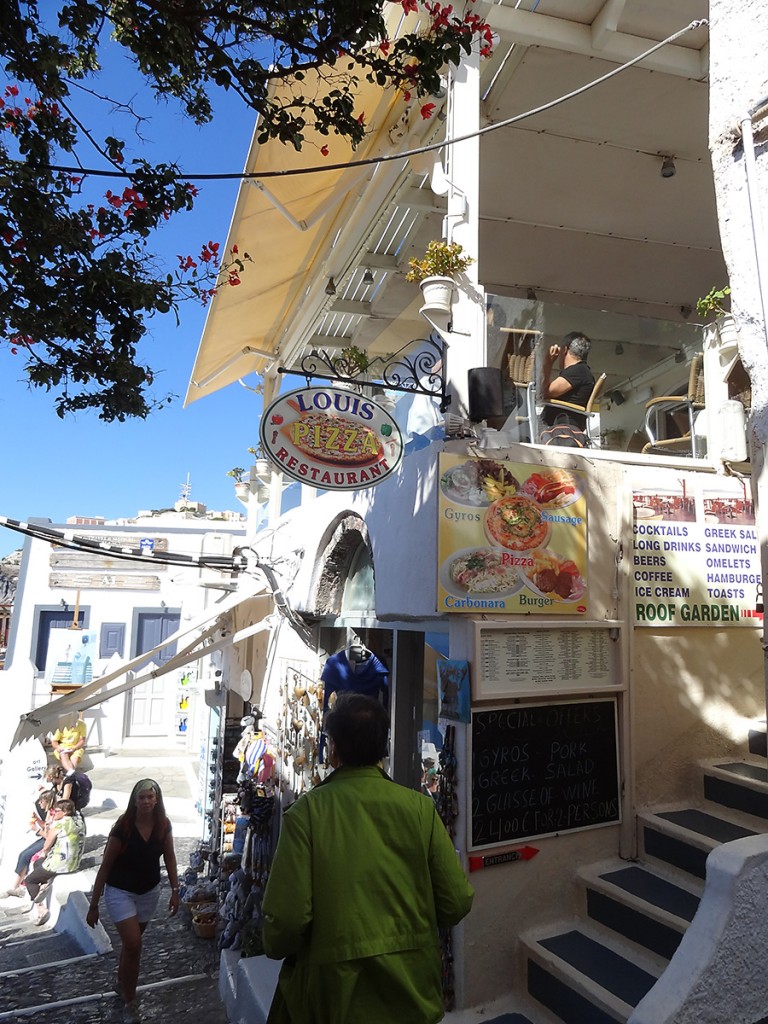 The restaurant had hung on the side of the hill, crammed up against the hundreds of whitewashed buildings that makes up Santorini. We could see the caldera. The physics of the active geology that produced it making me wonder at the planet I call home.

The food was delicious. But there was more to the desire to go back.  It was the owner. Despite our language and history differences, it was his labor in the gift of food that made the small, nondescript restaurant the place we wanted to return to on the last night of our trip.

“Same thing tonight, sir,” Josh said as he ordered. “And we would take some more of your olives on our salad,” Josh smiled.

We could smell the smoke as the owner stoked the oven. He had told us about his olives.

It is nothing in that part of the world to cure your own olives. It’s been happening for millennia. When we had asked, truly interested in the process, he had explained in terms that included “enough salt in the water” for the olives to float. It was a difficult translation when it was his habit to use the water of the Mediterranean.

As I finished my notes on his curing methods, Josh and I got ready to leave and the owner placed on the white linen table, a small jar full of olives.

“The last for the year,” we understood him to say. It was his kind attempt to explain the smallness of his gift.

Over the next decade, I would plant olive trees in the sandy load of Waller County. It’s USDA growing region hovering between zones 8 and 9, that being the only thig in common with Santorini ecology.  Texas nurseries and big box hardware stores went through a spate of inventory focus on olive varieties and olive groves popped up in the hill country.

Why this was happening at this time, I have no idea.

The outcome for me didn’t translate into interesting olive groves in Hempstead, Texas. What the deer didn’t chow down to stubs, the others succumbed to whatever so much of what I have planted at the farm succumbs to.

But I have friends, and one in particular, has olives trees that manage to fruit.

“You want my olives this year?” this one said to me. “I’ll have no shot at doing them.”

Now, of course, I said yes. The problem was that I had said yes to this offer in a previous year, culminating in a very salty product that at a minimum was a tad bit too bitter than the Mediterranean ones that I wanted to duplicate.

Curing olives is a different process than anything than most Southern cooks are familiar with.

There are two reasons for curing. One is for preservation. The other is obvious if you have ever tasted an olive straight from the tree. Curing, over the weeks it’s done, draws the bitter oleureopein from the drupe. (Drupe is the special ‘fruit’ category to which the olive belongs).

There are multiple ways to cure olives, but I chose the briny way. A process of soaking the olives in brine (think sea water), replacing it after several days for weeks until you get the level of bitterness your palate finds satisfying.

Washing the olives, getting them ready, I considered how many people before me had done this.

For at least 4000 years, olive trees have been providing food, medicinal potions, and oil. It is estimated that today there are 800 million olive trees growing on Earth, and no less than 500 different varieties of olives.

In the end, the recipe I chose, wasn’t one. I took a shot…

With each new brine I added to the olives, using the water from a well that traveled at least 400 feet up from the Gulf Coast aquifer that fed it, I dipped my finger and tasted. I stopped adding salt when it made me just ‘almost’ need a drink of ‘sweet’ water to cut the salt.  Not as salty as the Mediterranean, just short of it.

They took three months to get them where I thought they should be. 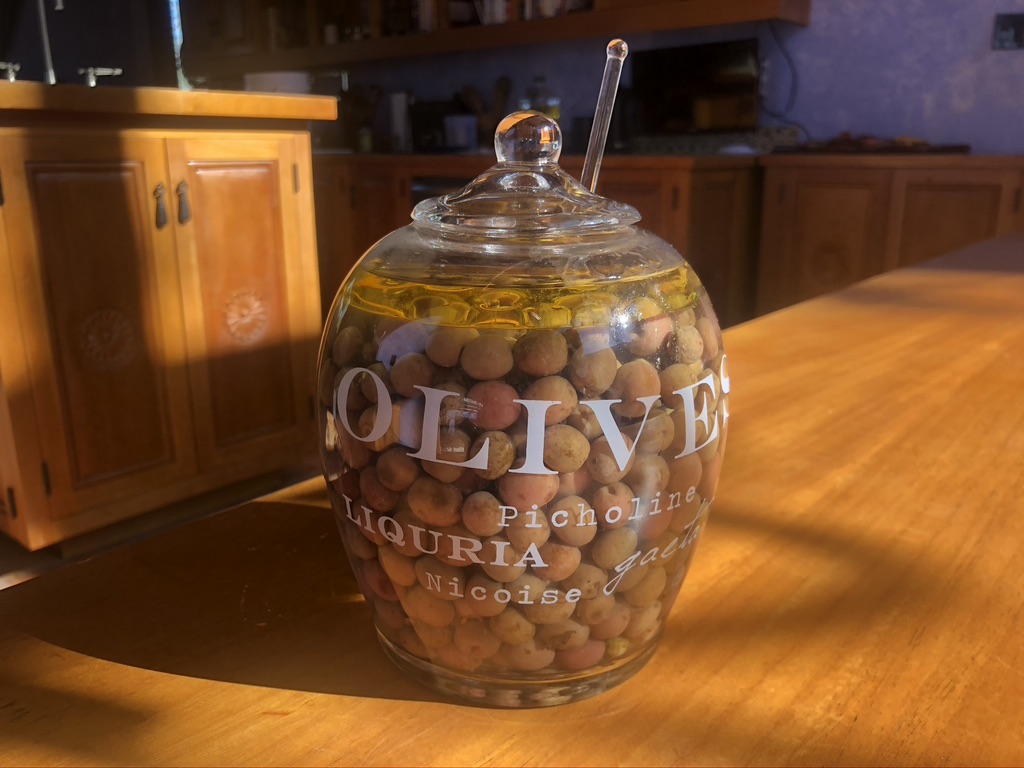 Why am I telling you this?

I loved the process. I loved the chance to do something with my hands and heart to give back to another. I loved the flow across time with the millions of people before me and the sense that life has a continuity in terms of humanity that settles peacefully in my breast.  But I’d be remiss if I didn’t tell you what give me unmistakable joy this day.

There is a lesson about life in my curing experiments.

If I enjoyed the process of processing a bucket of olives until they were fit for consumption, I love endlessly the chance God has entrusted me with in the gift of my Men.

Mothering was something of an experiment with fits and starts and bumps and tragedies all along the way.  Because of me and instead of me, I was blessed with three sons, in whom, I find great pleasure.

I pray every day as God bless the paths He has chosen for them.

I love you Jake, John and Josh. With all my heart. You surprise me.  I watch as you navigate this life. In your case Jake, I do consider how you night have done so. But for all three of you I treasure you, in part because you are mine but mostly because you are His.

It’s my pleasure and honor to see where God is taking you and how He’s getting you there.

For those of you reading this, whether you are curing olives or are part of another person’s growth, I wish you this same humbling, peaceful joy, …however God gives it to you.