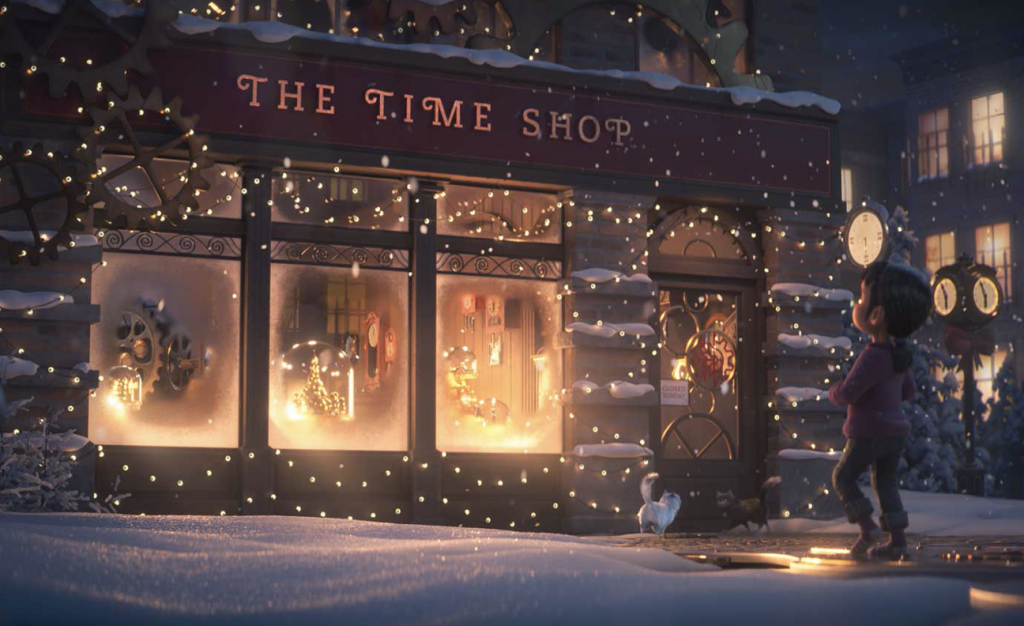 I am sitting in the drive though at Walter’s Road and FM 1960 in Houston and I thought you might like some feedback!

About three weeks before Christmas I received my special invitation to take part in your ‘Time Shop’.

I must admit, I was a bit confused at first.

For instance, I was initially hoping that you were inviting me to New York. I was quite excited. I knew I had accrued points through the use of your mobile app and while I have been the recipient of such good will in my use of it, (once I was even given a free milkshake) I did think this was an extraordinary perk and flatteringly generous! I would have liked that and would have gone.

However, after a more careful perusing of the invite which led me to your website (you had me at that nostalgic and romantic Time Shop image by the way) I realized that for those of us not living in New York or with current plans to visit the brick and mortar storefront, you had another option in which to make use of your Time Shop promotion.

With my allotment of three certificates, officially and in formal calligraphy, stating where, when, and how I would spend time with the lucky recipients, I set to work.

The recipients would be my Men, my middle and youngest son and my husband man. The one son in Heaven, well, I send him regular thoughts and although I don’t spend time with him like your promotion was encouraging, believe me, I have my ways. I am the first one to admit that Christmas celebrations from my heritage didn’t provide the best legacy. And truthfully, out of my three sons, the one who had the most Christmas spirit, well that was that oldest son. But this Time Shop… I liked it. A lot. This was going to do just exactly, what you, Chick-fil-a, intended for it to do.

I thought and thought about time with my Men.

BECAUSE I know them so well.

Christmas morning came, and since it was my turn to be Santa, I figured the first thing to do was start the gift giving off in the promise of special time with me…

We sat around the living room floor and I handed them each their personalized envelope, all Christmasy looking. I sat cross legged, in full anticipation of their joy.

Grandmother, who didn’t get one, was singularly nonplussed. Being deaf, she figured she’s missed out on some pertinent information and it was about that time, a thought niggling at the back of my mind blossomed into maybe-I-should-have-thought-this-whole-thing-out-a-bit-better.

All my Men opened their envelopes as of one accord.

They read. I waited.

The look on their faces mirrored Mother’s. Except they were clearly and spectacurally unsuccessfully trying to be a bit more politic than she.

There was a rather long, pointed silence.

“Are you wanting me to go with you to buy a car?”, said the youngest, looking up from the writing on his certificate, speaking up to break the silence. Ever the diplomat, even he was finding it difficult to logic his way around the piece of paper he held in his hand.

(I had given him 2 hours of time with me at a car dealership.)

As anyone in our family would know is about the least likely thing I would ever willingly do.

“No,” I said, wondering why he didn’t seem to get it. “You love cars. We talk about cars, we watch Grand Tour together. You know ever spec about new cars…”

I didn’t get the sentence finished.

“You think I want to go with you to a car dealership, for two hours, when no one has any intention of buying a car and expose ourselves to the salesmen?!”

I didn’t think the look on his face could have looked any more incredulous, but it did. To make matters worse, I was suspicious of the sounds I heard from the other two recipients. It sounded like smothered laughter.

“You took me to car dealerships once,” I angled, certain there was still a way to salvage the suggestion.

Okay, now the other two weren’t even bothering to hide their laughing. They were guffawing.

“And why in the world would I want to spend two hours crocheting with you?!” said middle son. (He’d taken up the craft when a family he was close to had been taught enmasse how to do the stitches.) “That’s down time for me.”

“You’d wanna talk the whole time,” he muttered under his breath, a unique level of horror written in his face at the thought.

This sent all of them into literal fits, howling really. At my Time Shop suggestions.

“What in the world is making everyone laugh so hard,” said the deaf Grandmother, who although she didn’t have a clue and wouldn’t really end up knowing the answer to her question, the atmosphere was so contagious that she giggled along with them.

Feeding off of each other, the three Time Shop recipients spent more minutes than I would have guessed joyously discussing how far afield I had gone with my invites.

As I gathered up torn Christmas paper and boxes with ribbons and bows that morning, I knew that the atmosphere of our Christmas morning had been colored with the glow that laughter with those you love makes you feel…

There are all kinds of ways to share time…

“My pleasure,” said the girl at the window.

I am going to take a bite of my spicy chicken sandwich, while I finish this. I’d like to say the following, to who it may concern at Chick-Fil-A:

Thank you for your Time Shop. Sincerely. While it may not have turned out the way your advertising team or good will team or whoever came up with the idea, had planned, for me and mine the whole thing turned out to be time well spent.

Like the good book says; ”Above all, keep loving one another earnestly, since love covers a multitude of sins.”