Remember the hive I got a year ago from my brother?

Well, in a year, this girl has done her job.

Did you find her?

Destined to be queen because of her constant Royal Jelly diet when she was nothing more than a common egg among many, her ovaries have been laying two thousand eggs every day over the past 365 days. She will lay over a million in her lifetime.

To be honest, the hive came with worry. Because it was mine and pretty much because that is what I do about everything.

Brother Neil  managed every worry I came up with.

Some were new ones to him from when he first learned about being an apiarist.

Like for instance, these damn small hive beetles that showed up very soon after the hive was placed on the farm. 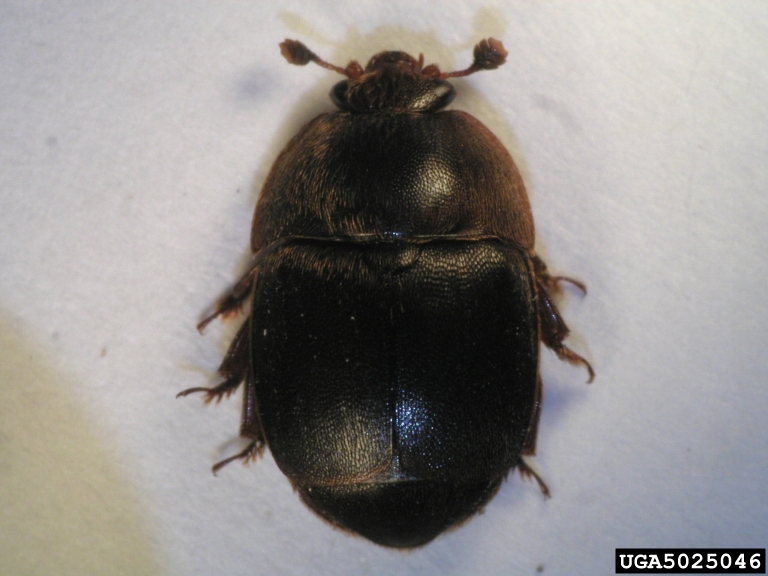 This is a highly magnified picture. The nasty little things are about a quarter of an inch long.

We jailed them with these:

Drowned in the canola oil we put in the bottom, it stopped their larvae from crapping in the honey and making it smell like rotten oranges. One would not want to eat that, be you honey bees or humans.

The results was that a year later, despite the specter of colony collapse and all of the other possible disasters that are befalling honey bees in America, the colony thrived.

So Neil divided the colony a couple of weeks ago, placing the queen into a new nuc, along with racks of honey and pollen and soon to be hatched workers.

“The old hive already knows she’s gone,” he explained. “You saw me looking at the larvae? We had to make sure there were new eggs laid that were less than 3 days old.”

There in the dark of the old hive, through chemical signals, the word spread through the colony that they were queenless. Workers, in the mystery that is uniquely manifested in social colony insects, the workers settled on one larvae. Tending her with special care, royal jelly will be on her menu until her ovaries begin to make eggs.

“About a month,” said Neil, when I asked.

It took over an hour to halve the colony. Deep in the hive,  the bees working as we meddled, Neil let me hold a rack of honey, heavy and sweet. One furious bee got under my bonnet. More than two got matted in the hair on Neil’s arm.  It was worth the bit of swelling. To be that close to thousands of bees, to be that intimate with a world so complex and yet straightforward, and to be a part of the husbandry Neil was practicing and teaching was a gift.

And then of course, there will be honey.

Come by the farm for a taste in the early fall.