It’s a quirky, one hour long, mostly dark, part comedy television series that is a spin off of Breaking Bad, which I never watched. I am alright with some darkness in my entertainment, but a dying chemistry teacher who is a meth dealer makes me uncomfortable from the synopsis. It’s hard to imagine that I would have resorted to being a drug dealer given only a few years left on earth. If I’d had to choose something horrible to reconcile something horrible, I’d more likely have turned to prostitution. Granted there is a shelf life on that solution whereas I guess you could always be a meth dealer no matter your age or state of body. (Might as well go there while we are considering the depths of depravity.)

Either solution is beyond me honestly.

But let’s face it, it’s these bits of cinematic, reoccurring entertainments into dark comedy and drama that make you think. Are you able to like a character and put yourself in that character (which is what we do), and provide pecuniary reason for shows  to exist and continue if you are a justice seeking serial mass murderer (Dexter) or a good-hearted, well meaning, unfaithful druggie nurse (Nurse Jackie)? Flawed characters draw us in just like the circus freak show does. I suspect that part of it is that we hope that someone else’s flaws are worse than ours. The problems comes when  seriously flawed and liking seriously flawed turn the corner into making us approve sickly flawed. Some entertainment insists you consider these things.

Perhaps its not all as dark as it seem. It seems to me that all the flawed character shows that people watch aren’t all so dark. Surprisingly, a number of them are genetically altered or chemically accidentally fixed-flawed super heroes. Or shows about flawed lawyers. Which helps to explain why the The Incredibles and Better Call Saul are favored by the 18 – 49 year old group. That group is still optimistic in sometimes unrealistic ways. But sometimes in realistic ones, which is why I have now seen almost all of the first season of Better Call Saul. And I like the show. A lot.

The reviews I have read have yet to detail why I like the show.

Apparently, Saul (played by Bob Odenkirk, a 50 something), after stealing the few scenes he was in on Breaking Bad, gets his character fleshed out in BCS.  This is Odenkirk’s comment on why Saul is so well liked:

I’m very surprised that people actually like Saul.  I stop people who love Saul and I say, “Talk to me, tell me why you love him?”  And they always say that he’s funny, he’s good at what he does, they like how his brain works – it works fast – and he’s fun to watch; he makes a lot of jokes.  It’s surprising to me because he’s totally self-interested; he’s absolutely a selfish guy, although as the show went on he revealed that he’s capable of having a conscience. Source: Jewish Journal

I think its more than that.

I think those are just the cosmetic reasons for the reasons we actually like Saul. They make some good things and some bad things about his character very palatable.

But these cosmetics stem from the several truths in Better Call Saul that resonate.

For one, we all are quite self centered. Just like Saul. (It’s the conundrum of societal bullying and hierarchy jockeying, that during the times we compare ourselves with those around us, the comparison comes from a false preposition and worry. This is that everyone’s thought process is somehow calculating the comparison with us at the center, which implies that we indeed are the center of the thinking universe of comparative assessment, and everyone else around us agrees that we are. Which can’t be true because every person thinks they are the center of the comparative assessment universe.

There is a good reason to think about this though. This misconception is born out in a number of societal activities with unfortunate and some times long lasting effects, demonstrated and explaining fully why junior high sucks for most people and shouldn’t.)

Also, we like justice and we like truth, and for how many ever sleazy lawyer jokes there are out there, we actually hope that lawyers would always ferret the truth and bring justice. (Most certainly if we are innocent, much less so if we are guilty). Saul might be depicted as a second rate lawyer,  awarded his JD from the University of Samoa and living and working out of a cramped storage room in the back of a Vietnamese nail salon, which provides for some of the most hilarious scenes in season 1, but come on.  The majority of lawyers are small time. That in itself doesn’t mean that they can’t uphold justice.

So I think we watch Better Call Saul and critics like Better Call Saul, and young people like Better Call Saul, because despite his faults and his common status, Saul’s humanity checks in time and again. He actually does seek justice and overcomes his ego all the while struggling and trying to make sense in the back of the Vietnamese nail salon. He finally finds legitimate justice seeking business at a nursing home whose patrons are being scammed. (There is a Bingo scene that makes me wish I could find a place for my 83 year old mother to play Bingo and have Saul call.)  And he takes care of Chuck. Chuck is his brother, who is a high powered lawyer who now suffers delusionally but convincingly from electromagnetic hypersensitivity. Illustrating effectively all the complexities of people and relationships and all the unkind and seemingly unforgivable things that we humans can do to those we call family, despite the petty jealousies and conscious and unconscious competitions, Saul’s love for Chuck triumphs. Time and again.

Saul, ultimately, at least so far in season 1, seeks to make the world a better place. At home, whether it be bringing Chuck stolen ice for his ice chest or melting down because he’s called to many B’s in Bingo.

And I haven’t even told you about the Kettlemans.

Author’s note: This review is for season 1 only. I have no idea what Better Call Saul will evolve into. I reserve judgement. 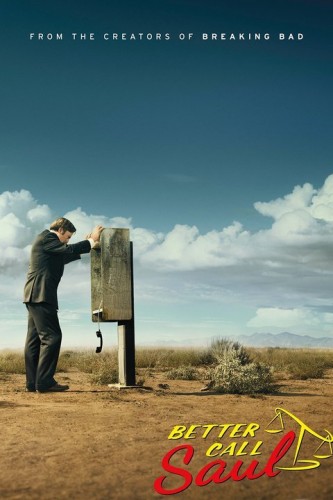