Hot Mess In the Solar System

For someone who has been a watcher of it most of my life, I am continually reminded how little I know.

When first married, I lived in Chicago and although I knew the lake was part of the reason the cold wind blew frigid cold around downtown Chicago, I never heard tell of lake effect snow until I moved south. It was like the weather word for the middle 2000’s.

And then a stupid, massive high pressure system sat over central Texas the summer of 2011, like it’s doing over California now, causing history  making drought conditions for hot, depressing months that dried up wells, tanks, and crops like they were in a convection oven with a broken timer. Like it’s doing now in California.

That was La Niña strutting her stuff in 2011.

La Niña, El Niño, are climactic phenomenon driven by temperatures in the middle of the Pacific Ocean.

It’s way more complicated than that.

It has to do with the way the water temperature affects the atmosphere.

I poured over the NOAA website, first trying to understand the whole La Nina/ El Nino Southern Isolation Climate pattern thingy and upon realizing I couldn’t figure out why the ocean temperature changed up and down, gave up and just started obsessing over NOAA’s forecasts for when it was all going to end.  La Niña that is. The Southern Isolation Climate pattern never ends. It’s part of the earth’s climate engine.

And then a week ago, I heard “polar vortex”.

I called my brother.

“I never heard of it before,” replied the brother who watches weather from his cockpit and lives, or flies, by it’s whim and physics.

It turns out a polar vortex is a persistent, huge cyclone that can sit over either one of our geographical poles.

A PERSISTENT HUGE CYCLONE THAT SITS OVER OUR POLES.

You’d think we’d have heard of this before. They’ve  known about them since the 1850’s for  heaven’s sake. They can last for a month at a time.

I goggled them. I read the Wikipedia page.

And it’s all about temperature, again.

This time, those cold core low pressure vortices grow stronger in the winter and weaker in the summer because  of the differences in temperature between the equator and the poles.

And its not like these vortices only affect the poles. As obvious last week, they affect the jet stream, which in turn can send cold, frigid arctic air all the way down the Texas Gulf Coast.

Enough to freeze the leaves off of my cold hardy avocados.

Even so, I am enamored of my planet’s climate.

I don’t understand it.

With the exception that we live in on an amazing planet where the atmosphere, in very complicated layers, oscillates and moves around our globe, affected by continents, water, snow, and the angle of the sun as well the activity of our volcanoes.

Amongst the backdrop of seasonal change, the blanket of air that cocoons us responds in specific places, for bad and good, in excessive heat or cold and too much rain or none.

On scales measured in fractions of change in temperature of our oceans to ever accumulating carbon molecules, our dynamic planet’s atmosphere attends to rule we barely understand.

We are unlike any other planet in our solar system. Oh sure, a few of them have polar vortices. (That would be Venus who has a double one and then Mars, Jupiter, Saturn, and Saturn’s moon, Titan).

One, the only one we know of, Saturn, has a hot polar vortex.

That is a gratuitous reference to the popular vernacular, because I like the descriptive, sexiness of the term.

And I think it’s kind of a cool reference to the climate of Saturn.

As opposed to our earth. Which in relative terms, we are cool and blue, and altogether flat out amazing. 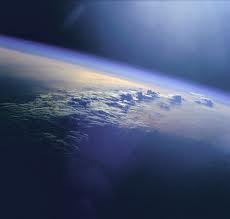