The Benefits of a Younger Man

Nancy has been doing my hair for about 5 years. I still have no idea how old she is. My guess? Somewhere in her late 30’s. She could pass for early 20’s though. Generally, I am very interested in people and I certainly find her intriguing but there are times when I like the solace of not participating in conversation or not being stimulated by other people’s stories.

I like everything about getting my hair done.  I like the shampoo. I like the foil and I like the cutting. I especially like this when they are massaging my head. Nancy borders on a bit rough in this regard and this also serves to divert my attention. It usually eases whatever headache type I might be sporting and if I don’t have one, it just feels good.

Nancy works at Helen’s. Now there aren’t very many people who go to Helen’s Salon that have my complexion. There are a few but mostly those who come to get there hair done are Vietnamese, both men and woman. Helen’s salon offers other procedures (go here for what happens in their back room) and the range of women getting some of that stuff is a bit more multi ethic. But, mostly the place is filled with the hard, repetitive sounds of Vietnamese with an occasional English word mingled among the Asian ones for which there are no suitable translations. (Apparently ‘trailer home’ is one of these. ) I am not one of those people who think that those speaking a non-English language around me are discussing my attributes. Instead I relish in my very real opportunity to have no idea what the conversations are about and check out.

Today was just like all the other times if only a bit quieter. Nancy, pretty in a dress, seemed especially attentive.

While I was waiting for the bleach to place permanent strands of sunshine in my mousy brown hair, another Vietnamese woman entered the shop, one not so pretty and possibly a bit older than Nancy, and quite noisy. They began talking.

We walked over to the shampoo bowl and the new arrival followed us.

When the conversation got louder I opened one eye and noticed that Nancy had pulled the neck of her dress slightly away from her breast and the swell of the angry, welty looking, strangely colored mark was exposed. She was showing it to the new arrival. The new arrival did the same and I saw a similar, older, more scarred version of Nancy’s mark.

Both eyes closed I considered that I have long wanted to ask Nancy what was up with that thing. Frequently she wears a bandaid to cover it. Sometimes it looks like she sprinkled it with glitter. I wonder if I really want to know what it’s about. I have my suspicions.

I opened my eyes long enough to get back to the chair in front of the mirror.

We three moved as a flock. Their chattering continued. The new arrival was giggling incessantly.

This had to be about guys, I thought.

It took me a few seconds to realize that Nancy was talking to me.

“She is going with a younger man,” Nancy translates. “And I am telling her not to worry. Young men are better. They can do things for you. Around the house. Old men are just tired.”

The new arrival speaks English and she is anxious to corroborate how much fun the younger man has been although it’s my impression they aren’t really doing the same things around the house that I think Nancy is referring to.

Nancy mumbles again. “Old men are just tired. And they keep getting tired.”

With every word, the new arrival giggles more and says again that he is much younger than she is. She protests prettily.

I’ve long known that women are without cultural boundaries in some things. I can’t say I ever suspected I would have a cross cultural exchange on the virtue of age differences in relationships. It’s clear that Nancy and I both know that the woman’s giddiness stems from what it means to get older and have a young man find you attractive. They debate how much the age difference can be and still be viable. They talk about past experiences and the new arrival mentions that they talked before they met. They talked before they knew the age discrepancy.

“This is me on Facebook,” new arrival says. “And this is him.”

“With young men, you keep your body nice. With old men, who cares? They are lucky to have you,” Nancy says. “Young men are better for you,” she finishes.

They have not spoken Vietnamese since this conversation became threeway.

The debate changes to who has and hasn’t lied about their age and in their collective experience there seems to be a pattern. Men lie up and the women down, the reference being age and context here although I think they found their English clever.

Tiring a bit from the incessant and repetitive protestations of the new arrival, Nancy concentrates on my hair and then whispers conspiratorially, leaning into me, her hand across the scar tattoo. “I had an old man once. Young men. They are much better.  Always.”

It strikes me there is relative aspect to all this and while I agree some things can’t be measured in years, other things can and will, eventually.

But, sometimes its good to just listen. Even if you’ve a mind to check out instead. 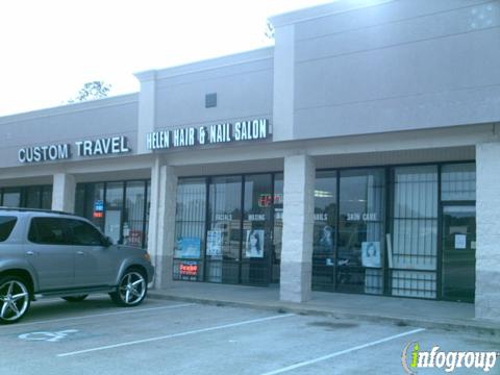