We’d gone to a local restaurant that had a patio. We are the few that take those seats who aren’t there to use the ashtrays but I like being outside, even in the heat of a an early Texas summer. This restaurant serves a Tex-Mex fare and at least some of the time, in the evenings, there is live music. On a balmy, not quite as humid as normal, Thursday evening the two member band consisted mostly of a guitar and a synthesizer, each of them taking turns on vocals.

It would have been easy to be a bit put out at the volume the band insisted on entertaining us with. It was impossible to have a conversation. We had options. We could’ move to a different place or complained, but there was a congenial feel to the audience in attendance. And when an unusually sultry, salsa inspired song wafted across the patio, there was a dancer who captivated everyone’s attention.

She was sitting at the table nearest the duo. At first she just moved in her seat. She looked to be in her early 60’s, petite hands dangling a cigarette like an old timey movie star. Her hair was grayish brown and short. She and her husband sat on the same side of the table facing the band and he smiled a smile of memory of her as a young woman. At least that was what it looked like to me. My guess is she was a wild woman in her earlier years, a happy kind of wild, one that as she moved to music made certain kinds of promises. She had rhythm and she was familiar with the sensuality of this kind of dance or at least it looked that way to me.

Once she couldn’t stand it any longer, she stood from her chair, a fresh cigarette glowing on the end, and danced in place. She turned and closing her eyes let the music speak to her. She did it right, the Latin way. She moved just her body from the head down, both sides of her moving in rhythm.  She moved out into the aisle a bit.  Her dance if performed by youth, clothed lithely or in voluptuousness, would have moved younger men. She was neither of those now. She was not a trim woman. She might have been when she was younger. It’s possible she was remembering when she had been. But this Thursday night she just looked like a woman, an older one, to whom age couldn’t discriminate when it came to music moving you. There was a  joy in her. There was a confidence about her. As her husband placed his hands on her ample hips, she moved them side to side. She smiled.

When the dance was over she clapped in joy and appreciation. I did too. Some for the band, a lot  her.  But also for music, always faithful in its ability to feed our soul. 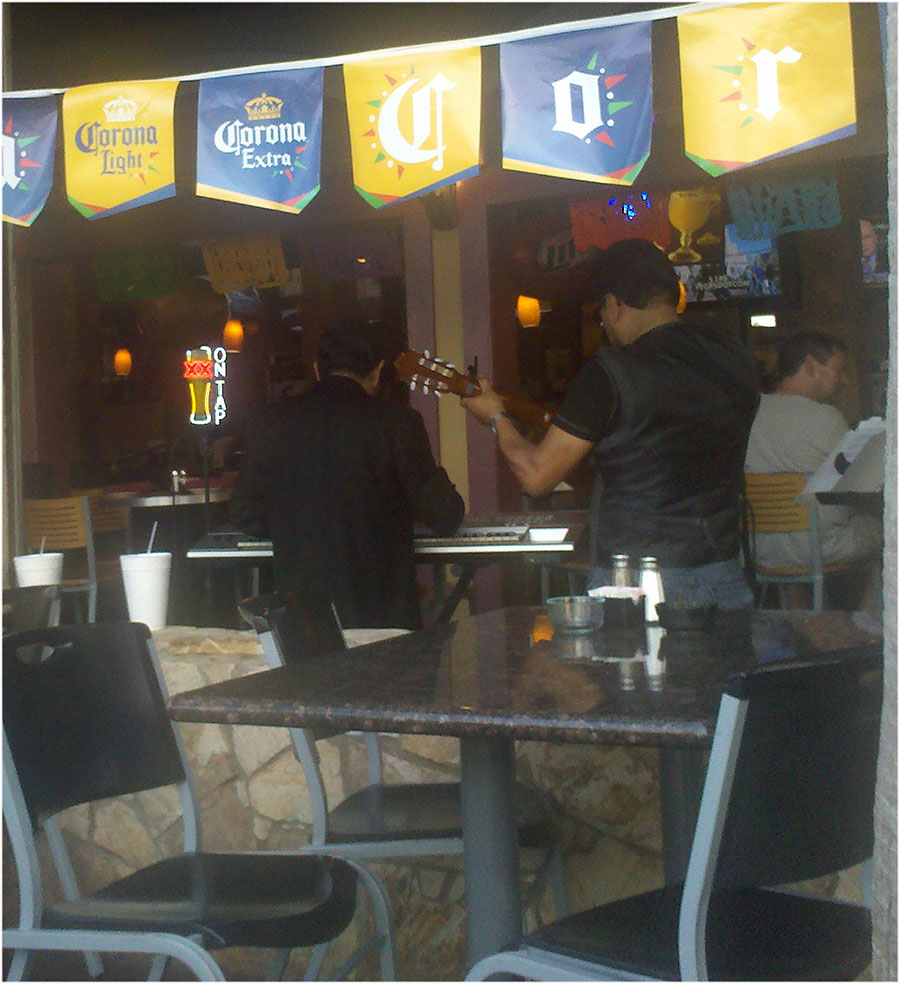