Brian comes to visit me about every two weeks. He’s about 16 months old now. I first talked about him here.

I had hopes for him.

His life is not taking the direction his mother, his family, I had thought it would.

In every little cell of his body a malfunction was hiding, well at least two actually. For whatever reasons, perhaps part inheritance and part.. well just error, he has a deletion in one chromosome and increasing repeats in another. Science knows enough to recognize that this is trouble, but not enough to know just how much.

For him and his mother and the rest who love  him, its a bit of a waiting game. That and trying to keep up with whatever problems present.

For instance, while he doesn’t slobber one tiny bit, he can’t eat fast enough or successfully enough to supply his little body the energy it needs. A feeding tube is always an emergency room threat away. Today I made bacon and as he sat in my lap, me holding him erect, his hypotonic muscles not strong enough to keep his supple back prone, his momma fed him little bits. He loved it. We all should get so much enjoyment from a 5 minute chew.

Part of the issue is determining exactly what is affected. Telling your doctor what’s wrong is hard enough if you are an adult. Imagine if you are an infant. We think he has limited eyesight, perhaps one eye is slightly better than the other and certainly his hearing is far from good. (We are sensitive in this family to loss of the senses, especially hearing, Grandmother Doris being essentially deaf and all. If she now feels isolated with out the ability to have a phone conversation or distinguish background from meaningful conversation, what in the world happens when this is the starting point in the brain of a developing child.)

In many ways the whole situation is just heartbreaking.

From about 4 months to a little over a year old, I watched as each bimonthly visit showed him loosing ground on all fronts. I had no words of encouragement to tell him momma, except to recall every worry, fear, and doubt that I had as I raised three far healthier children than this one and know that her worries were being met with the worst possible results.

But lately, well something of a miracle has happened. He seems, albeit slowly, to be moving forward. Tiny increments of development to be sure, but progress.

For a while I thought his head hurt. If it did, it doesn’t seem to anymore. As I write this, I am watching him move across my floor like a rolly polly pill bug gone crazy longwise, eschewing traidtional end over end. He is clearly happy, as he coos his way and smiles to a visual world that  must be very different than mine. His hand a bit spastic, marveling as he rubs his hand together, clicking his tongue. He is entertaining himself the way a happy baby can.

Even though it may be later and below normal by some measures, his brain is making synapses, chemically patterning pathways for his future.

If you had told me I would be watching this  happen 6 months ago, I would have called you unrealistically optimistic. Today I call Brian, this young boy, extraordinary, for his incomprehensible brain and unquenchable spirit.

A number of us got your back. 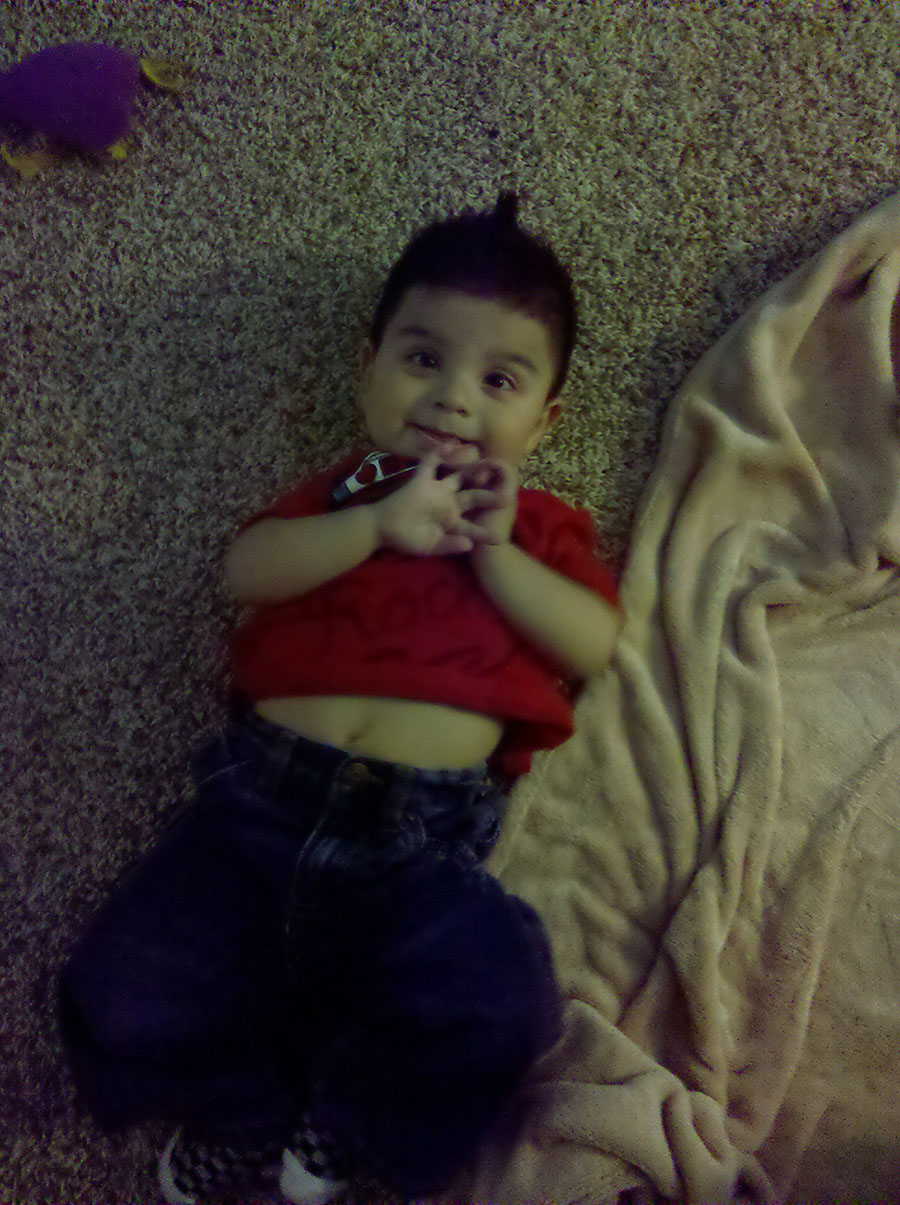