The conference list of speakers had been set months ago. I was to talk on the last day. Thirty or so friends and colleagues of 20 plus years were going to talk on how life got started on our  planet 3.4 billions years ago.

3.4 billion years ago is a very long time ago. A lot has happened from then to now.

You know what plate tectonics is, right? It’s that constant movement of the earth’s plates that encase our globe and it gives rise to  earthquakes, makes new sea floor, and reprocesses lands masses. It’s going on now and always has. Because of that its very rare to have old rocks. Old in geologic terms that is. Everything’s always getting moved down and melted, spewed back out of volcanoes or pushed up, island like in oceans or mountain ranges.

3.4 billion years ago is when the science community largely agrees we have examples of fossil life, down in Australia, at a very, very old piece of rock from the area known as the Pilbara. The Pilbara is one of the few places on earth left that has REALLY old rocks. The rocks there haven’t been so recycled underneath the earth’s crust that it obliterated what looks like fossils (microbial ones)  in them. And because of plate tectonics, even if they were buried briefly or at some time, they are now pushed up in Western Australia for all to see.

There are all kinds of things to consider if you think about the origin of life. Things like plate tectonics and old rocks and fossils, but in general if you are thinking about it in science terms, you’ll fall into one of two categories:  top down or bottom up.

Those of us who view the problem from top down, consider that the best data set to experiment and analyze with is, well, the only example we have, earth life.

We use the extant (think the opposite of extinct) life on earth to logic and estimate the best we can, extrapolating backwards, to what happened 3. 4 billion years ago.  It’s not an easy problem.

The other half attempt to recreate, from scratch, life or at least recreate the transition between unlife and life. (You probably shouldn’t think “Warm Bodies” here, although understanding zombie undeadness -in science terms: living and non-living- does get you to thinking on one of the fundamental problems in origin of life research, that is the one where you define what makes something living or not.) This group is full of talented, creative people who make recipes of all sorts that make use of the grand laws of physics and chemistry when mixing atoms and molecules. It, too is a very difficult problem.

Whether we want to admit it or not, we, those of us at the top of the extant life food chain, are ‘wonderers’. If history tells us anything, we always have been. There is a drive in us to know why and how. There is a drive in us to know all that we can know. (Think that whole apple thing, Eve, and the Tree of Knowledge in the Garden of Eden, which, whether you  believe or not, says something exceedingly wise about we humans. This was understood by men who could write, wonder, and express it  more than 4,000 years ago, it says something about what we are willing to give up to be all knowing, god-like in our understanding. In that context, no matter where you are in theological considerations, it’s a most elegant, true picture of human ego.)

As scientists, we never attempt to answer the philosophical questions of why we exist but we go at figuring out the mechanics like a hungry dog at a new bone, well, because we think we can.

Let’s be honest. Even if you aren’t in science, your brain wonders. As it should. Our brains are wonderful.

That brings me to Stuart.

Always at Origin of Life meetings there are a sprinkling of non-academics, individuals who are willing to express their interest in the topic. Sometimes they have an agenda. Some are creationists, believers. Some are atheists. Frequently they are on a mission. Stuart came to the conference on a mission.

I noticed Stuart on Wednesday at lunch. Old, at least 80 and thin, he was a bit jerky in his movements. Not jerky like unsteady, but as if he was always looking over his shoulder in case something was coming at him. With a face that never looks clean shaven because the craggly valleys and hills are etched too deeply, he dressed warmly, kind of dapper like. He seemed quietly frantic. When lunch finished, he caught up with me and asked me if we could talk. He said he had groundbreaking information for the origin of life community.  The session was starting and I told him to meet me at the break.

He guided me to a table away from the conference goers, jerky still, and as we sat down, he heaved his large book bag onto the table. A young man, late twenty’s, moved in quietly and sat across from Stuart. He was brown skinned, dark haired, and I couldn’t figure out if he was an interested bystander or connected to Stuart. Stuart in the middle of a runoff sentence that I would recognize as his trademark way of talking, asked the young man to give me a copy of The Book.

The Book was Stuart’s obsession over the last two decades. Page after page of beautiful illustrations, draftsman style integrations of progressive anatomical drawings that depicted the origins of everything from starfish to human femurs, from single celled bacteria to neural tubes. Color plates were sprinkled liberally through out. It was a massive effort. The drawings were exquisite, worthy of Gray’s Anatomy (the medschool book, not the tv series).

The content of the book was barren of fact.

It was one man’s dream, one man’s attempt to explain.  Stuart not only eschewed any kind of creator in the process, he also didn’t believe genes or DNA had anything to do with who we are or who we used to be. Certainly not a thesis based on ancient revelatory writing or theological appreciation, it wasn’t on science either, it was an artistic fantasy.

Stuart was getting agitated. He could tell he wasn’t converting me.

“Stuart, you can’t just draw something the way you want it to be and say that’s the way it was, as if it was science fact. Especially if you have no math or physics or biology to substantiate the steps or how you arrived at your results.” I told him this kindly, without malice, but explicit in my rejection of what he was offering. While processing what Stuart hoped to gain in our conversation, I gauged silently how much this one book alone cost him.

We talked for another 30 minutes. He was alternately aggressive and shy, like a child who in being disciplined, strives for further rebellion but fears the reprisal.  The young man soothed him in quiet words as best he could.

In the end, I could think of nothing but to commend his passion and effort. We parted, I saw him a couple of times before we left, he glancing at me, his mind here but there, in his book.

Stuart emails me now. And since then I have Googled him.

Indeed, Stuart is 80 plus. In 1959 he made a fortune in plastics. (If you’re old enough, think how little plastic was used back then and you can appreciate his visionary entrepreneurship.) He went on to become one of Andy Warhol’s closest friends and today is world famous in his art collecting and investing.

He’d commissioned the drawings in The Book.

No wonder they were extraordinary.

They were beautiful art, they just weren’t science.

The science community has been quick to dismiss Stuart. The truth is, Stuart fits in with the origin of life researchers, not because he is likely on the right track, but because he too, strains to know. He wants the answer. Maybe he wants, just a little bit, to be the one who has the answer. He’s far from alone on that.

Do not worry, no none at all, that if you are a person of faith, that you are likely to find out that you have been misguided in placing faith and hope in the place where God resides.

We can mix our warm little pond recipes or we can consider fossils among the ancient Aborigines. We can think about ancient and current climate change and do our best at forecasting. But none, none of these efforts, have yet to deny the reality of a something, someone, a Creator, bigger than us that defies our ability to comprehend. There have been no scientific experiments relevant to the question. To those who espouse that God is not only dead but never was, and write books and speak eloquently on the topic: apply your mind to their words and thoughts. Read closely and broadly to place their opinions correctly in the context from which they draw them. For only then can you understand what they know and what they only hope they know. There is a difference.

Sitting at dinner, the last night of the conference an unexpected voice, firm in his convictions of the bottom up approach, looked steadily ahead and said, ” You know, we shouldn’t be trying to convince everyone that science can replace faith and hope and can explain everything. We aren’t being fair.”

There were more nodding heads than one might imagine at an origin of life conference, a gentle reminder that the human heart needs to know more than mere intellect can provide. Always has. 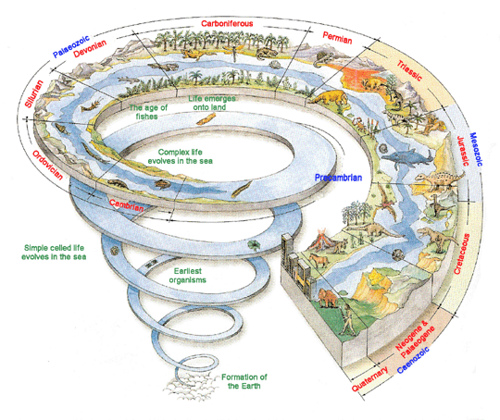