To Fort Worth and Back with Popcorn in Between

I’ve made a lot of trips back and forth to Fort Worth.

It’s my brother who lives there and his children.

I’ve gone south to north to visit when I was happy and I’ve gone that way sad.

On that road I’ve hit potholes and destroyed tires and tried fixing them in dark in a pool of mud. I have showered my car with bee wings, colliding quietly with an unlucky swarm,  as they mistakenly maneuvered their insect cyclone onto the interstate. I’ve watched a load of two by fours telescope from the back of a flatbed and spread out like fallen dominoes across the highway in front of me.

But mostly when I make that 4 hour drive while noticing the goings on around me, I think on the people I love.
This past Sunday, Mother and I half way there, the sun shining through my driver’s side window, she gently snoring, her slender hands on her two pups heads, I thought about Jake. He made this trip a month before his death in Colorado, hope flying all over him as we drove his hot shot rig north, bouncing and happy to celebrate his uncle’s birthday.

Something about the light shining, laying low into the west on this January late Sunday afternoon made it feel like God was talking into my heart. Reminding me of the love written there forever, no matter what happens  in the reality that I live in. Hope fluttered along with the sadness of loss. I felt it.

I turned the radio on and across the waves filling the air around us came a song that I listened to shortly after Jake died. It was nice, the high vibrato of Dolly Parton and the clear voice of Brad Paisley singing about when I get where I’m going.

The refrain washing over me as it did in the winter of 2006.

I could sing the song in my sleep.

For the rest of the trip, Jake, the smile that was him, the man that he was, the spirit that he is, filled his mother’s heart.

Pulling into Fossil Ridge, at the end of the cul de sac stood my brother’s house. He’s painted his home. New paint, new look, new start. He’s happier. Through the next 48 hours he would cook, we would eat, laugh and talk.

The last night of the two we were there, he said: “I brought you something Jan. I’ll make some for you.”

In a small roast pan with a little bit of oil, he popped tiny, red corn harvested from an Amish field in Pennsylvania. We salted them and munched in the living room of his house, a hearth and home that has never looked more homey. In companionable silence, we kept to our own thoughts about how life changes, sometimes for the worst and sometimes for better.

Mother and I left the next morning, in a freezing rain, with 2 inches of snow fall on the ground. Driving ever closer to the Gulf Coast the dash board temperature showed degrees of above freezing slowly, barely warming towards Houston. The winter trees, bare with the exception of clinging icicles, looked austere, a naked kind of beauty to it all.  The trip back couldn’t be much different. On the outside.

Inside me, there is a steadiness that is borne from one thing, the certainty of love. Love that remains from a son whose face I no longer see and those whose I do. From a brother, mother, friends, and loved ones who love me in times of snow and sun. Proven through gifts of red corn or thinks of similar ilk, built or bought to provide delight in both the giver and the one getting.

Gifts that fill a heart because they, based not on earthly value, make it ready to understand this:

For God so loved the world that He gave His only begotten Son. 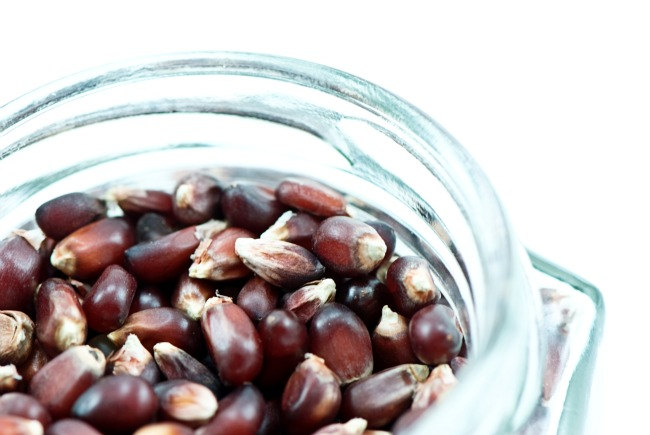