To The Lighthouse by Virginia Wolf

To the Lighthouse is a story in three parts. In Part I the Ramsay family have traveled as usual to spend the summer at their large but somewhat shabby summerhouse on the Isle of Skye. In addition to Mr. and Mrs. Ramsay there are their eight children and several houseguests. Mr. Ramsay is a scholar and a philosopher of some note. Many people, particularly students, clamor to be in his presence. This particular summer there is a student working on his dissertation, an artist, a young couple just on the verge of falling in love. There is also a very homesick Swedish girl who is working as a maid. The visitors have no strong connection to the Ramsay family or to each other, but for this short time they are certainly influenced by the force of them, especially Mrs. Ramsay.

As the story opens, the Ramsay’s youngest son who is seven years old is dreaming of making a trip to the lighthouse that beams its light from a small island nearby. Mrs. Ramsay does from time to time visit the island and takes supplies for the family that lives there. But weather conditions have to be just right for rowing, and that isn’t often the case.

The second part of the book tells a little about the years that follow. Then in Part III the group visits the summerhouse again ten years later. Of course, some are no longer living but all are well-remembered and loved. Sweet and haunting memories of the time there ten years earlier are in everyone’s mind. The passing of time brings the inevitable admission that everything has changed, people are gone, the house is shabbier, and everyone has experienced sadness and disappointment. But there is new discovery, as well as the completion of old tasks left undone.

As is characteristic of Virginia Woolf, the plot is minimal, and there is limited conversation. What the reader hears is mainly a series of stream of consciousness, the thoughts of the different characters.

Imagine that you are at a dinner party with eight to ten guests. There are various conversations going on around the table, and you have plenty of opportunity to observe the other guests and to listen as they talk among themselves. But you also have time to think about other things, going wherever your mind takes you: That woman has on a really pretty necklace. I wonder where she got it. Why must that man monopolize the conversation? What makes him the expert? What a bore this guy is and patronizing, too. I wonder how the kids are doing with the sitter. Oh my feet are killing me. I wonder if I could slip my shoes off without anyone noticing. Now consider that if you are doing this, then you can imagine that others at the table are doing the same thing. Each person may be allowing his or her own trail of thoughts to weave in and out of the conversation taking place. Now imagine that you can hear everyone’s thoughts. That is what seems to me to be happening in a good part of the book—exploring the thoughts of the various characters as a means to uncovering who they really are and what the true motives for their actions might be.

At dinner at the Ramsay’s:

“He felt extremely, even physically uncomfortable He wanted someone to give him the chance of asserting himself. He wanted it so urgently that he fidgeted in his chair, looked at this person, then at that person, tried to break into their talk, opened his mouth and shut it again. They were talking about the fishing industry. Why did no one ask him his opinion? What did they know about the fishing industry?”

“Lily Briscoe knew all that. Sitting opposite him, could she not see, as in an x-ray photograph, the ribs and thigh bones of the young man’s desire to impress himself…”

“All of them bending themselves to listen thought, ‘Pray heaven that the inside of my mind may not be exposed.’”

The characters are varied and interesting. Mrs. Ramsay is the one most fully drawn. The story is beautifully written. As you have probably guessed there is not a lot of action in this book. But it is an interesting exploration of the psychology of everyday life. I thought it was a little difficult to read at first, but I was drawn into the prose (which at times seemed almost like poetry), and I became accustomed to the writing style. I enjoyed it very much and have a plan to read it again, now that I have a little better grasp of what I am reading. 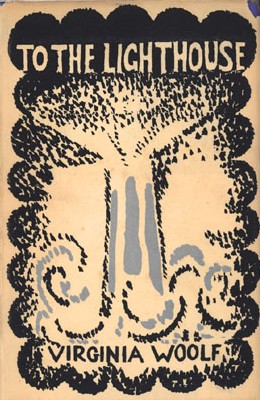