Josh and I had been planning the trip since before he came back from Iraq. Having never been to Greece, I was eager to see the place and despite Josh’s long term living arrangement in governmental CHU’s in the Middle East, Crete was far enough west-removed that he seemed eager too.

Crete, for us American tourists molded by movies and history, elicits a certain travel romance. I submitted an abstract for the conference, Josh organized a foreign travel leave from the Army, and on this past Friday evening it was a done deal as we boarded the plane for the trans-Atlantic flight to the Mediterranean islands. Greece and its islands are a culture that played a part in western psyche in everything from religion to philosophy to food.

Honestly, if it hadn’t been Crete it wouldn’t have actually mattered much to me. Spending time with a son that had spent more time in deployment than at home the last 3 years was an anticipated pleasure, a selfish venture from a mother who had missed him too much. I wanted the time with Josh. I wasn’t too concerned what war had done to him in a bad way; his resiliency in spirit and soul had been evident in his demeanor since he had returned. He was still Josh. But everything we do changes us and we can’t know what those changes are unless there is time spent in discovery. I wanted to know who he had become in these last months. I wanted to appreciate the man my youngest son was becoming as he was being shaped by 21st century life.

As we flew 35000 feet through climate changing air that covered the north Atlantic, it was still clear: Josh remains easy to be with.  From the time he was little, he had a natural talent for diplomacy. He doesn’t embarrass easy and his natural response to people is externally adaptable and sensitive. If anything his involvement in Middle East politics and the US’s part in that had increased that particular aspect of his personality. It’s a tricky thing to know your place in a world gone small and conversely recognize the possible bigness of a life in the bits and pieces of society we inhabit. In less fancy terms, Josh is comfortable with who he is and comfortable with who you are. For me and this Cretan junket, this translated into the fact that he didn’t seem the least bit fettered by the fact that it was his old mother with whom he would be spending the next seven days.

In the 9 hour trip over, talking and snoozing, I knew that my observations of the last few weeks of my Josh were correct. There was a new, gentle hardness in him; a steeliness. Not the cold kind but the kind that fuels wisdom for making decisions with purpose, difficult ones and not. I suspect Josh would have gone to this place of resolution on his own, but maybe and only maybe, it came sooner because of the last three years. Direct observations and participation in war shaped by fundamental religious belief is going to crystallize something in everyone who participates.

At some point, we all have to accept that there is a drive in humanity to deny or variously embrace the idea and fact of a deity more powerful than us. And like it or not, believe it or not, the drive is sufficiently overpowering that wars and rumors of war are both our history and depressingly, humanly, our future.

Snoozing in the seat next to me, I look at Josh. In profile he is lean and young. There is vibrancy about him. I remember times before, when he and his two brothers romped through my house. I remember teaching them about the God of Christianity and a cross dying Savior whose resurrection meant the world to me. I am glad that was part of their young lives, because if the gentle seeds of steeliness for wisdom are what I see in Josh, I hope it’s the surety of a resurrecting power bigger than anything I have ever known deeply embedded in me that Josh sees. I’m old. My own life’s experiences have taken their toll on me, molded me, and I find what I taught those young boys of mine, is sufficient. More than sufficient, it’s not a faith of hate or war that signals my own sense of sureness, it’s a recurring wisdom that there is only one thing that makes sense in this world. Through the decades of my life, it continues to make sense. Despite a million reasons to not be, I am peaceful.

As the plane glides into Athens, a full 2 hours later than it should be, Josh and I discuss the next leg. We are to ferry to Crete, overnight. With a little less than 110 minutes to transverse Athens to the southwestern port of Piraeus, it’s decision time. Do we contribute to the failing economy of Greece and indulge in an exorbitant taxi or use the well laid out dual options of public transport, bus or subway, for one tenth the price? Josh excels at subway travel no matter how foreign the language and given that we are ready for a little bit of adventure, we stamp our metro tickets. I mentally count the stops and exchanges, calculating that if the ferry for Crete leaves at 9:30pm, we should arrive in plenty of time. Well maybe not plenty of time, but sufficient.

At 9:15, Josh and I exit the subway in Piraeus, supposedly 500 meters from the ferry and I need very badly need to pee. At 9:20, neither Josh nor I have a clue, of the huge port ahead of us, which of the extremely large and significantly farther away than 500 meters, ferries we are supposed to try and get on. A friendly passerby points to the far, really far end of the pier, to a ferry whose passenger gangplank is folding up as a semi backs into its hold. At 9:25 I ask Josh to sprint. Is it possible that they would hold that big ship for two wayward, late, American tourists?

A little too late in general and a little too late in getting currency changed to Euros, by the time I get to the ticket counter, the semi is loaded, the dock workers are putting out their last cigarette, and the ticket agent is shaking her head at Josh’s 100 dollar bill and then his credit card. In 60 seconds, like a well oiled machine, Josh runs to the cash machine two blocks down and I, holding my decades old, child bearing bladder as best I can, march up to the remaining auto gangplank, suitcases hanging off every limb and plant myself on the huge, metal planks that are poised to fold into the bowels of the ferry.

“Would you please wait just a few minutes? My son is getting our tickets.”

“Your Son? Is that him running?

Yes, I explain, he is getting cash.

Puffing his cigarette, “He will get the tickets, yes?” At my nod, he motions for me to move on into the ship. As I look back, Josh is sprinting towards me, a grin on his face, two tickets flapping in the wind.

As we settle into our seats, there is the smell of sweaty bodies and travel chairs used often. Babies and mommas and old men ease themselves to the floor in heaps of blankets and stinky, shoeless feet as this part of the ship prepares for a night crossing the sea to Crete. There are other more luxurious accommodations than where we are, but somehow I like this. There is a bit of life to learn in the armpit of a ferry boat. And quite honestly, I am more than happy that we made it, which wasn’t likely to happen if it had been up to me to do the sprinting, old bladder and all. Okay. Sprinting no matter my bladder was never my strong suit.

Arranging things, Josh mentions how he wants us to protect our belongings. Sensible and forthright, I smile inside as he mentions he is going to do a little exploring. He wants to see the Mediterranean and view Athens as we leave.

I’m going to pray a little bit, night prayers I guess, although this body of mine has no idea where it is in the world of time. Before I do, I think about the generations that have crossed the sea to Crete: other sons and mothers, friends, enemies, a few intent and mindful upon exerting their bit of influence on their world, most just living, worrying the day.  Down the generations, in a peculiar way that writing has of preserving and ensuring that a few record their mark, good and bad, in words on paper, I think about one of which I am familiar. A Roman and a Jew who lived two thousand years ago, desirous of an audience to the church in Rome, left the Eastern shores of the Mediterranean, to tell an earth shattering, life changing truth. He was a man living for one thing, to tell the world about a resurrected Savior, the Christ and he was prepared to die for the story.  He was prepared to live the story. During a winter storm, this Paul, a man who mystifies me in his zealousness, found safe haven in Crete. 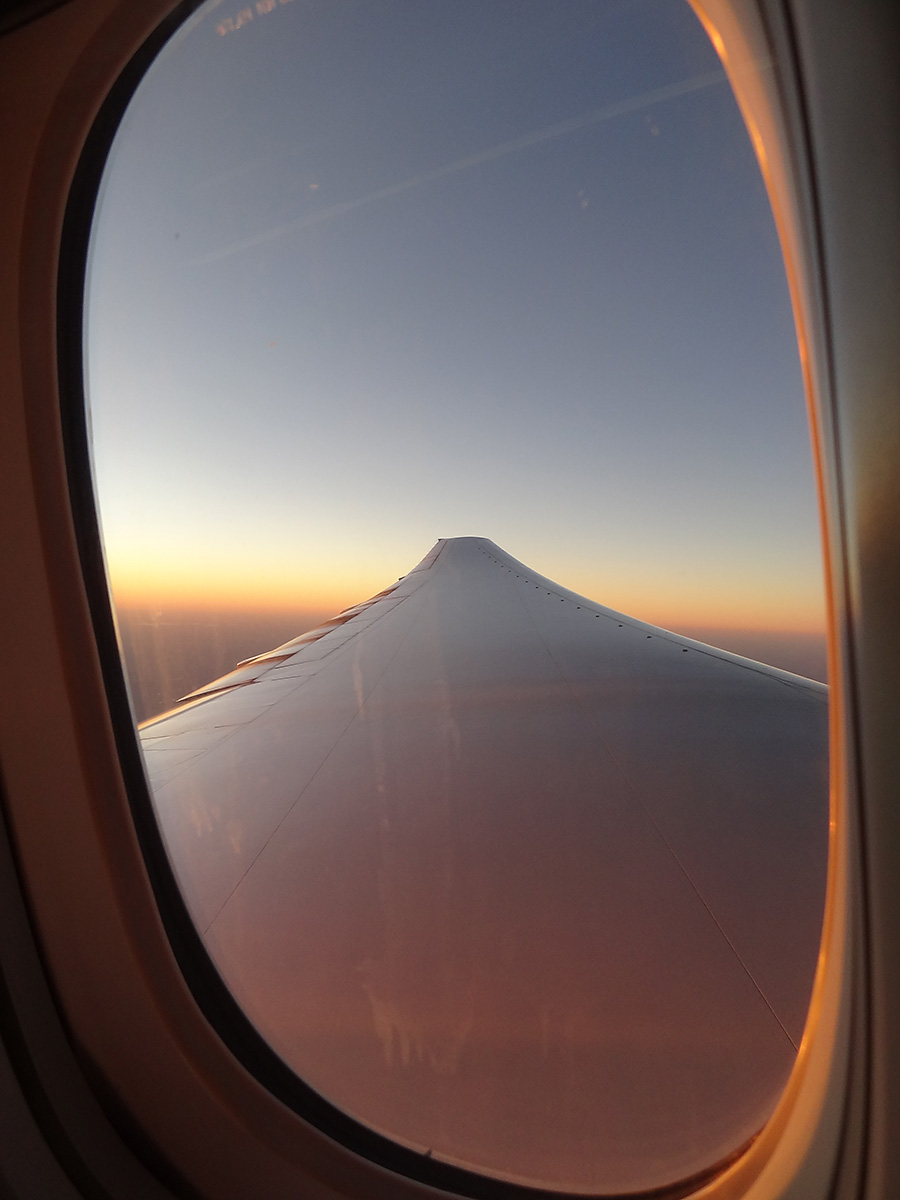