It is always good news when Alexander McCall Smith creates a new series. I am a big fan of this writer and have enjoyed his other series: The Ladies #1 Detective Agency, 44 Scotland Street, and The Sunday Philosophy Club.

In Corduroy Mansions McCall Smith introduces us to a whole new cast of characters. Corduroy Mansions is a four story building in the Pimlico neighborhood of London. It is divided into flats (much like 44 Scotland Street in Edinburgh). In this first book of the series, we meet the residents of the house as well as some of their friends and co-workers. There is William, a wine merchant who lives somewhat grudgingly with his clueless son, Eddie. There are four young single women employed in various occupations, and there is an accountant, Mr. Basil Wickramsingh.

A newcomer to the house is Freddie de la Hay, a Pimlico Terrier. Freddie is William’s part-time dog. Desperate for his lay-about son to move out of the apartment, William acquires the dog, knowing that Eddie can’t stand dogs. Freddie has been raised by his previous owners to be a responsible citizen of the world. For one thing, he is a vegetarian, that is, until someone actually gives him some meat to eat. He is sweet and funny and has some pretty deep thoughts for a dog. Humans are a mystery to him.

William, hearing the door open, looked over his shoulder

Dee stared at Freddie. How very strange. A dog with a surname. But it was Pimlico, after all, and one might expect anything to happen in Pimlico.

Freddie looked at her. Was this woman addressing him? Perhaps he should sit, just to be on the safe side. People were always asking dogs to sit, even when there was clearly no need to. Freddie sighed, and sat. Life was complicated. And he had just picked up an interesting scent too. It came from downstairs. Very interesting.”

William’s plan to replace Eddie with Freddie may not work out though. Eddie is quite attached to the free room and board.

These are stories that are fun to read, mainly describing the day to day life of the characters. It is their inner thoughts that are most entertaining for the reader. For example, William shops for shoes:

William nodded. There are some shoes that say to us. “Buy us and we shall change your life.” That is what these shoes now said to him—quite unequivocally. And William knew that the claim was true: his life would change once he had a pair of shoes like this. He knew it.

Of course, it all seemed so unlikely. Belgian Shoes! Nobody would associate elegant footwear with the Belgians of all people; the Italians, yes—they were destined to design and make elegant, life-changing shoes. But the Belgians? What were they best at making? Regulations?

He turned to the assistant. “Why are they called Belgian Shoes?” he asked.

She smiled. “They are made in Belgium, she said. “And the Belgians are great people for comfort. Belgians do not like to be uncomfortable”

William thought about this. Did anybody wish to be uncomfortable? The British certainly lived in conditions of great discomfort, with their cold, draughty homes and their admiration for a culture of cold showers. But did they actually like to be uncomfortable, or did they accept discomfort as a constant factor in British life, like bad weather and run-down trains?

Crises do arise in the lives of these characters, as they always do in life, and they are generally met with courage and good humor. From what I have written so far, one might conclude that there are no important themes explored here.  But the reader will soon see that the themes are the same as in all of McCall Smith’s books: kindness, compassion, honesty, truthfulness, and love. There is no preachiness about it. The ideas are subtly expressed in the actions and thoughts of the characters, including Freddie de la Hay. 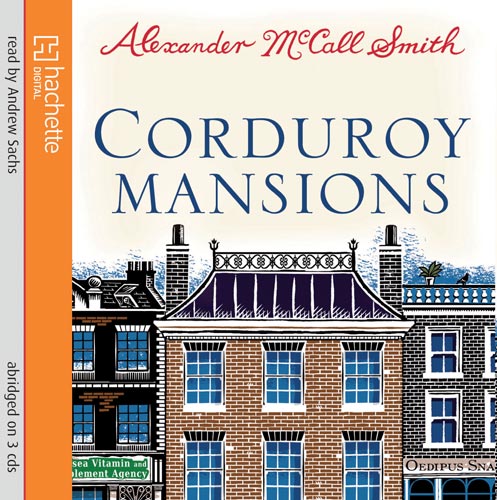