In the darkened worship center, his parents pulled his chair to the handicapped section. A place designated for wheel chairs, it was half way through the auditorium with an unobstructed view of the pulpit and stage. I would guess that Tonio (I don’t know his real name) must be in his late 30’s by now. He’s been coming to this church, or rather his parents have been bringing him to this church, for as long as I have come here.

I’ve watched his body grow taller, more muscular, over the years and as I watch him lay his hands on the table attached to this chair I see that they are strong and brown. They are a man’s hands. I let my eyes rest on him, careful not to surprise or startle him with unwanted eye contact and I notice his hair is flecked with gray.

He has few verbal skills. I do not know if he can walk. While his body has aged and changed, his mind has remained stationed in some simpler place. To me this place looks secure and mostly happy, as it is inhabited by parents who have tailored their lives to Tonio’s reality. I do not know what choices they felt they had, but surely among them must have been that that they could choose to not bring him to church.  But they do and for what purpose? I feel certain he understands little of the salvation message or the hope that faith lends to the complicated lives for those of us who have minds that age in concert with our bodies.  But, faithfully, they do, bring him here and attend to his special needs while they do.

I am familiar with Tonio’s presence in worship because I have noted, like most of the people who find themselves in reasonable physical proximity, of his behavior. Familiar enough to provide polite disinterest to behavior that is out of the norm, we basically ignore his presence. For it is obvious that he gets worked up and without the skills many of us take for granted, he uses his body and weight to rock his chair, in communication. Sometimes he claps too loud and at improper times. And other times, when overcome and soothing movements from his parents do not work, his father, who reads him well, gently wheels Tonio out of the service. But every Sunday, they bring him.

This Sunday I happen to be seated only about 5 feet from Tonio, a little behind him and if we drew a plum line between me and the podium, he and his chair are right smack dab in the middle. It dawns on me I have never had the chance to be as close to him as I am today. I whisper a little prayer under by breath that the air around Tonio will be full of grace and peace, that those of us with able minds and who have never had children with less, will let the peace and love of Christ reign around us and over him.

As the service starts, the music swells. Voice across the auditorium and from the choir loft rise and fill the space where breath usually resides. The language of song filters through the congregation. It’s not new to me that words, just words, could never do this. Music, the language of the soul, has no boundaries and I know why worship of the creator is a demand from the soul of His created.

And then its God that say to me, “I got something to show you, my girl.” And as I glance at Tonio, I find I am captivated because if I understand why the caged bird sings then I also know why Tonio’s parent bring him to church.

Tonio, transported by the music, rocked ecstatically to the rhythm. In obvious joy, he touched the face of him mother with one hand and with the other, softly caressed the back of her head, as the music became comforting and worshipful and reverent. He looked at her, his soul in his eyes. As the song and instruments swirled around him, louder and louder, once again he rocked his chair, the wheels, up and down in bounding, off key rhythm.  Petting his stomach in calming gestures, his dad gently turned Tonio’s wheel chair to make certain the violence in Tonio’s joy, as it poured through the rocking of his chair, was confined to their family circle of worship.

Today he would not get overworked and when the music finished, he sat contentedly, his man’s arms draped around his mother as she bent forward and towards him, she listening to the message, he back to his world.

I would imagine that it would have been easier for his parents to make the choice not to bring Tonio to church. But what a waste of the beautiful life that is Tonio, if they had chosen otherwise. For it was my privilege to witness worship, unique and true, through the giving souls of a family, to see the marvelous mystery, simple and constant, that is music and God. I saw the caged bird sing today. If not for God and boundless love and the creation of it all, it would have been my loss to never know the beauty of a simple song, born from sacrifice and love, on earth and above. 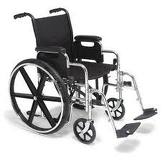