Two Women that Went to Heaven on the Same Day

In the fall, in 1916, a little baby girl was born, just outside of Houston, in a black community known as Brookshire.  Her family owned prime alluvial bottom land along Bessie’s Creek and Ruby ran those little creek shores, barefoot and agile, in mind and spirit. She would live in that little town and around that rich farmland all her life, for 94 years. She would grow to be small and petite with pretty brown skin that wouldn’t wrinkle and she, among the many insults she would survive, ovarian cancer would be one of them. She dressed to the nines, always, in heels and hats, standing proud through prejudice visited on her by those not of her color and those who were.  A young black woman living in a thriving black community of former slaves and now landowners, she would get a college degree. She would teach. Her dad would produce patents on catfish farming and the husband she would marry would play soulful jazz on the piano. She birthed four children that I know of, each of them college graduates and several of them doctors with a lawyer or two. She would be a missionary. And long past the point most of us who would retire and settle into a quiet life, she served as a community leader there in the heart of Brookshire, in her heels and her hat and ruby lips and the matriarch of her extended family. All those who knew her, who would have the reason to tell you who she was, would sum it up like this. She loved God and she believed in Jesus and she loved her family.

Now just a few states over in Shellman, Georgia, a not so thriving town , a little white baby girl was born, that very same year and only 3 months later than Ruby. Dorothy, a smart girl, gifted in music, also petite, would earn a college degree and marry a Baptist preacher. While Ruby grew in wisdom in Brookshire, Dorothy would do so in the Caribbean, playing the organ and singing and witnessing on the sandy islands of Puerto Rico and St. Croix.  She too would have four children and in settling down from missionary work she and her family would move to Texas, to Gonzales where the crystal green of the San Marcos and Guadalupe rivers mingle. And there Dorothy would stay, Gonzales the perfect Texas town, for four bright children she too would bear, who just like Ruby’s would all go to college. All those who knew Dorothy, who would have reason to tell you who she was, would sum it up like this. She loved God and she believed in Jesus and she loved her family.

Now I never met Ruby or Dorothy but I always wanted to, because each of them had a daughter who became my friend.

And there’s no question about it, it was these daughters that made me want to know their mommas.

I love these momma’s daughters, one black, one white, for the women they are.  They’ve taught me about history, race and faith, religion, music and books. I have marveled at their intellect and inspired by words they have written. I’ve been privy to solace reserved only for the unique communities from which they grew. And despite what might seem different about them, I find them the same. They are women whose hearts are wide and deep and whose minds are strong and open. I liked imagining their mommas, Dorothy and Ruby, worlds apart, the same age, Texans in the end, going through life, raising, fretting and training their children in the way they would go. And the way they would teach them to go was one in the same. Because if Ruby and Dorothy had a mind to sum up their daughters, they would say, and I would have to agree: Those daughters, they love God and they believe in Jesus and they love their families.

Now I might not have thought to think these thoughts on this day, except that in the world of consequences something happened that could do nothing else but make me think about Ruby and Dorothy and both their daughters.

Ruby and Dorothy on exactly the same day in the middle of June, left Texas and went to Heaven.

Somewhere out past our universe, where cosmology and faith blend in ways humanity will never understand this side of there, Heaven exists and those two women are there.

Now how can you be so sure, you might ask and here’s what I’m thinking about that. A lot of people wonder about God these days. Some of them don’t believe He exists. Some are mad at Him if he does. If Ruby or Dorothy was your momma, they’d tell you that if you are going to do some thinking about the whys and wherefores of this life then do a good job at it. It’s not like your the first that’s been mad at God or hoped He didn’t exist.

If you’re the type to be blaming God for everything, then make sure in that bookkeeping you put the onus for all the wonderful, good and glorious things on His shoulders as well. If you prefer that He doesn’t exist at all, don’t be afraid to wonder. Faith is just that, faith. Take a minute to consider how workable this world works, when your faith rests solely and only on the shoulders of us humans. While you are thinking that though, and its quite a scary one, I’m going to pray that God let’s you run into a Ruby or a Dorothy, or a daughter of their daughter’s ilk. Because if you look deep into their eyes, where there heart shines through, there can only be one explanation for the heart only God can produce. The one that says the soul of humanity can mirror the grace of God, imperfect yes, but there. Truly there.

Rest in peace Ruby and Dorothy.. or maybe yet, enjoy Heaven. I’m going to meet you one day. 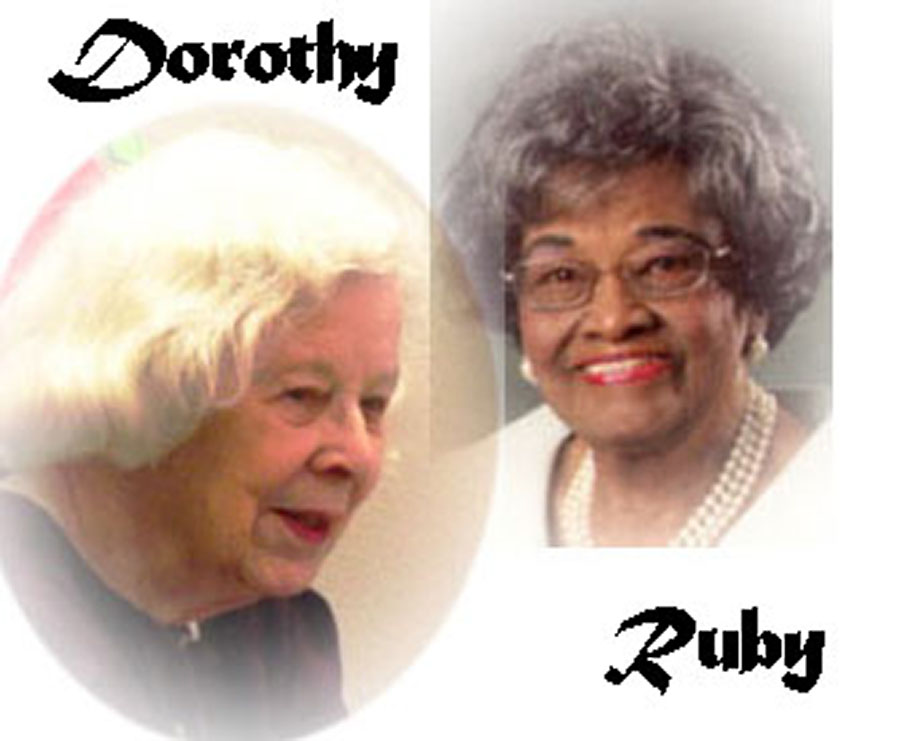