Today, on Pineknot Farm and Lab, our guest chef is none other than Captain Josh, back from a tour of several forward operating bases in the middle East.

That’s all it took.

For your viewing pleasure and hopefully, a future culinary adventure: Spice Rubbed Chicken and Vegetable Tacos!!

The ingredients for your chicken: 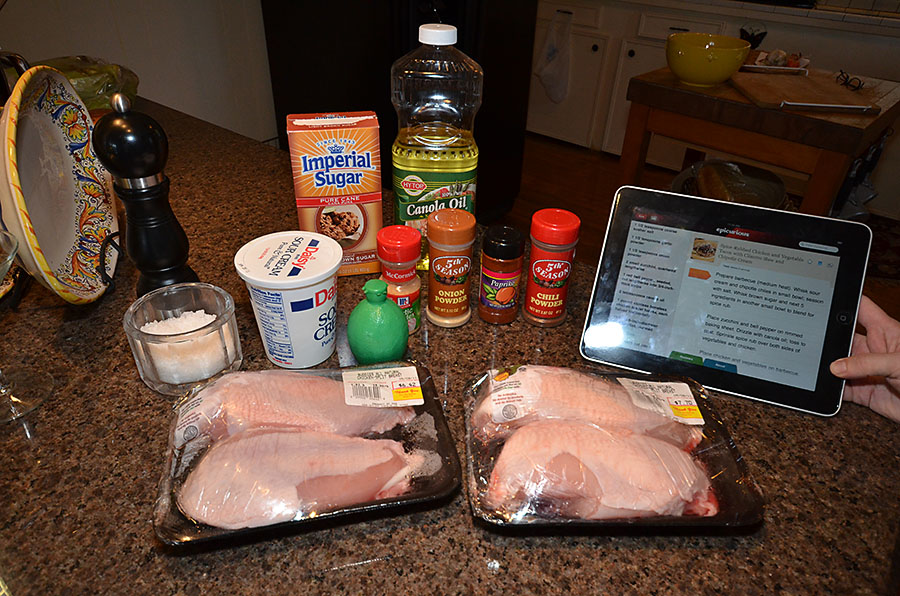 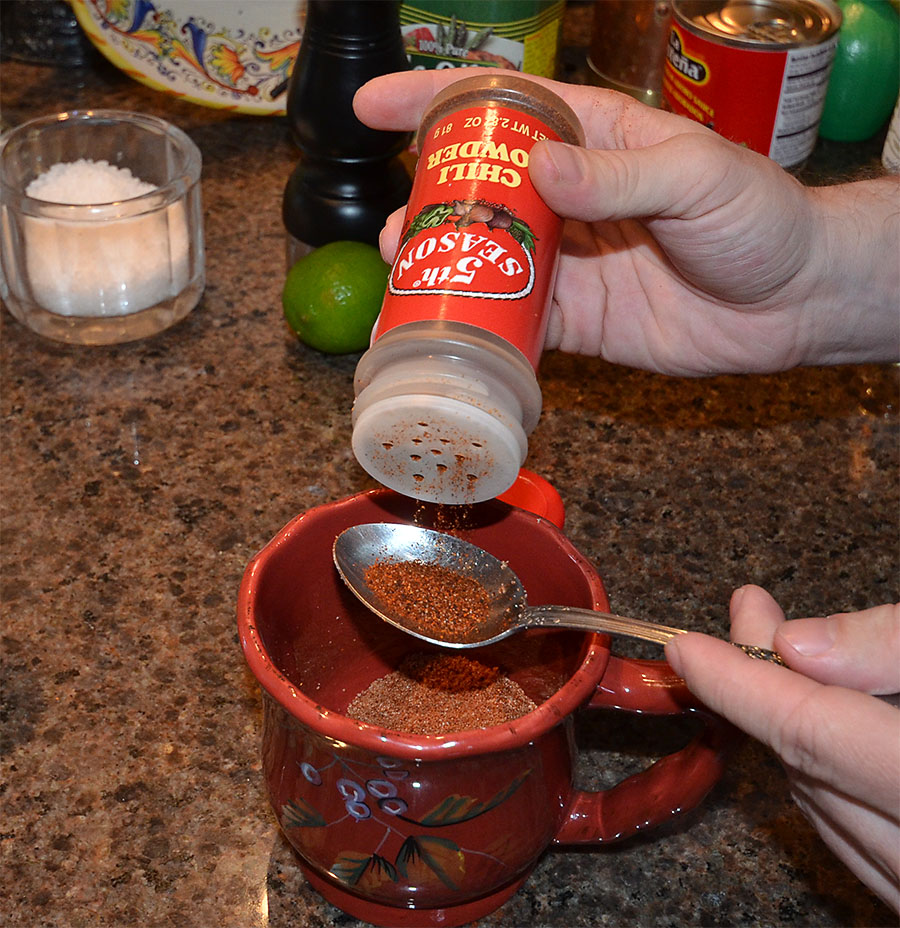 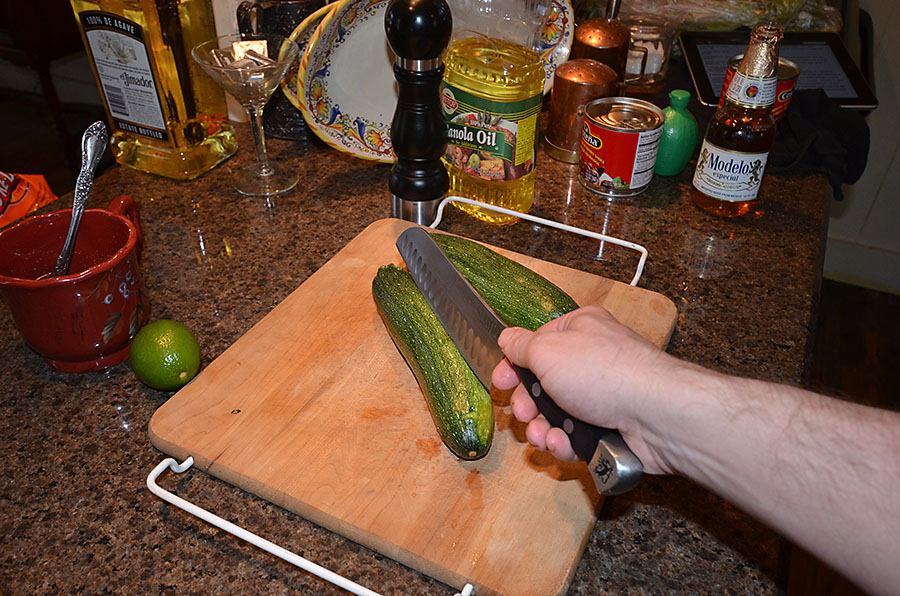 Capt Josh used a ziplock bag for the marinade! 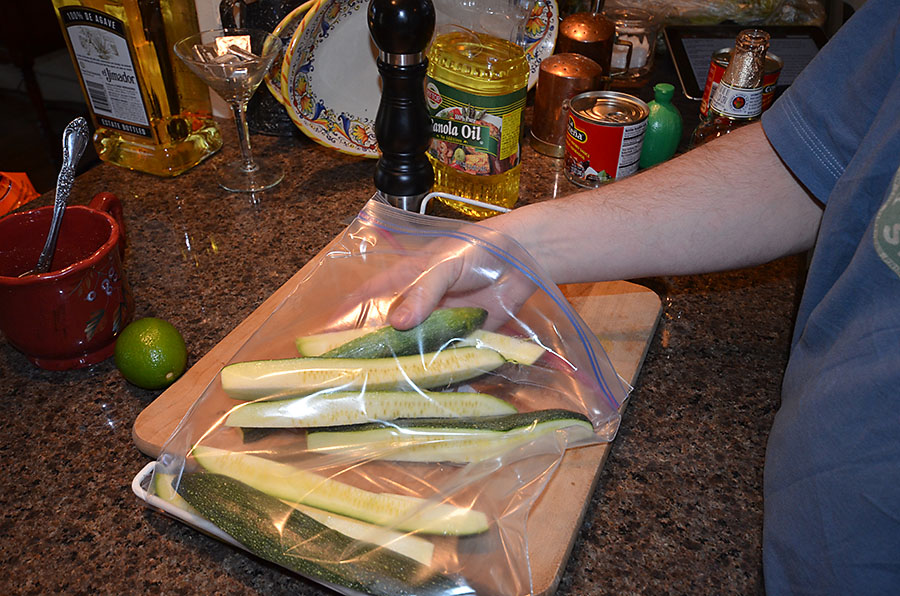 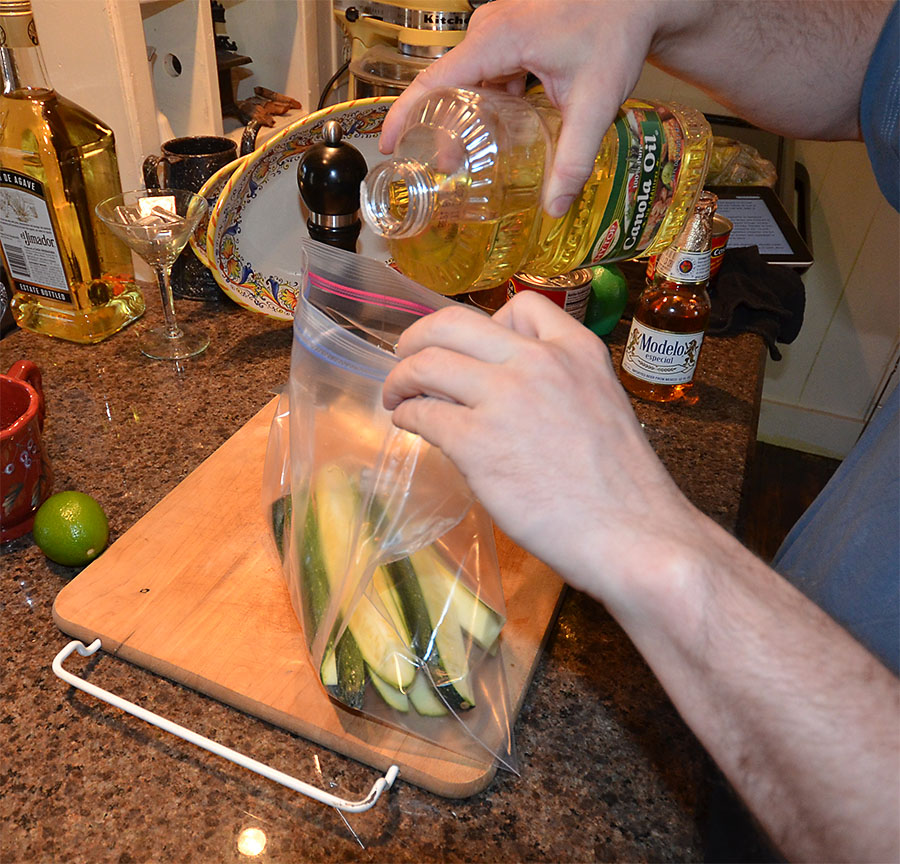 Add your chicken breasts and put in the frig… the longer the better.

Next: the Chipotle Sour Cream.

This is a big can of peppers!

A little goes a long way beause this stuff is full of capasin… but they are delicious! 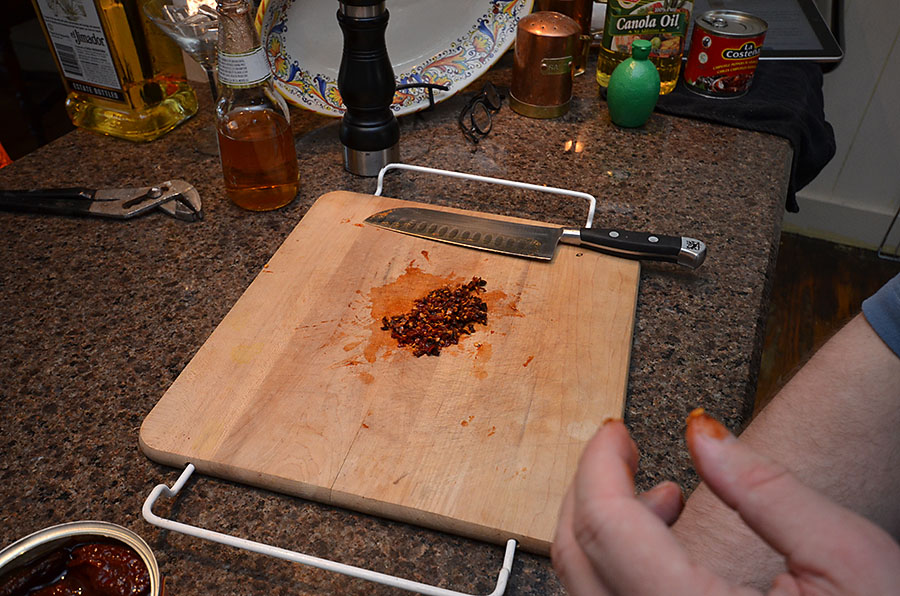 Put your sour cream in a mixing bowl. 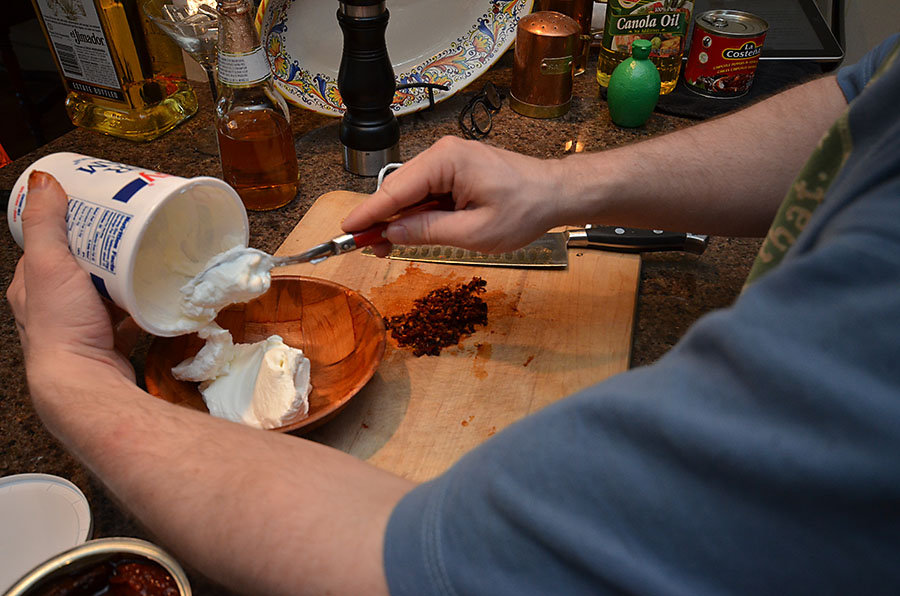 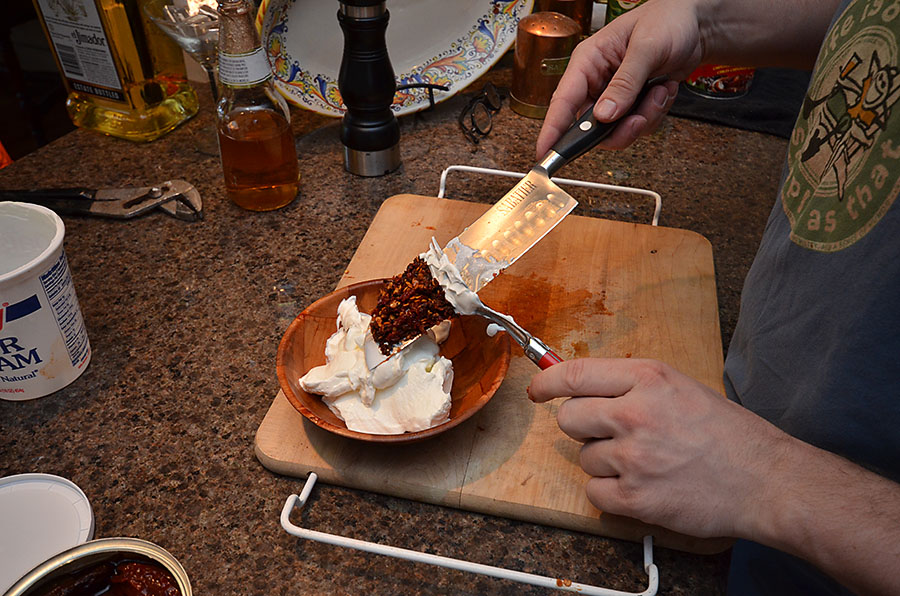 Store in the frig.

Now, its time for the slaw. This is what you need: 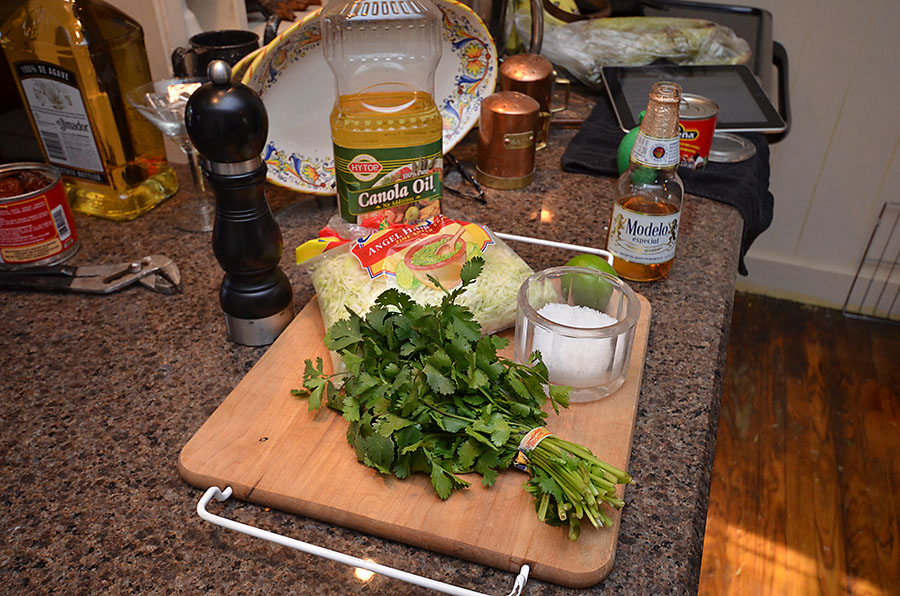 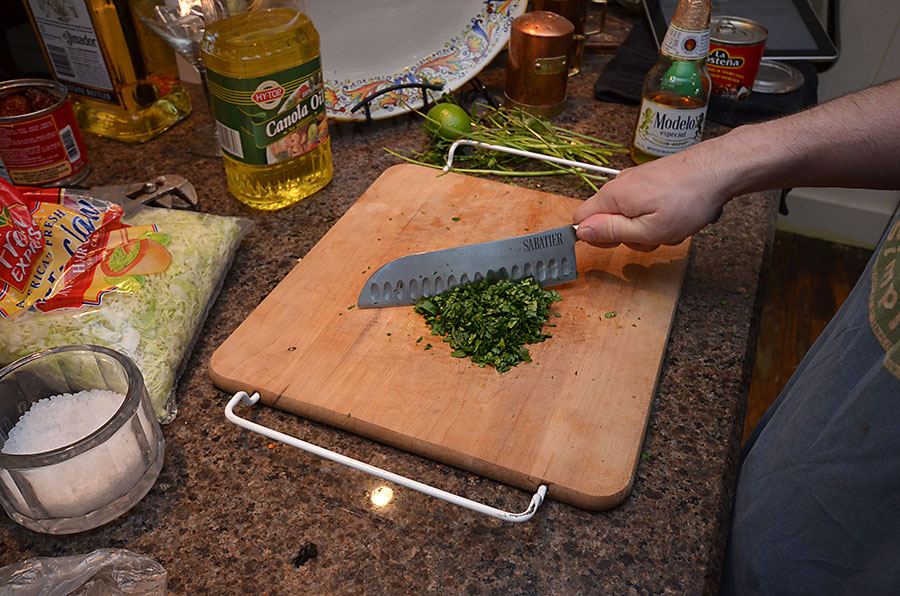 Add all and start the dressing. 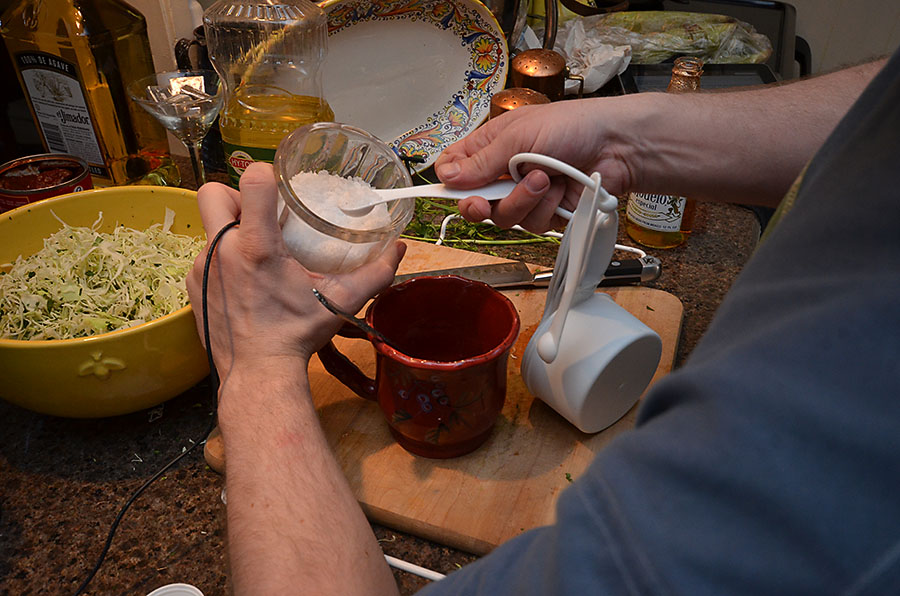 Pour onto the slaw and mix. Doesn’t it look delicious?! 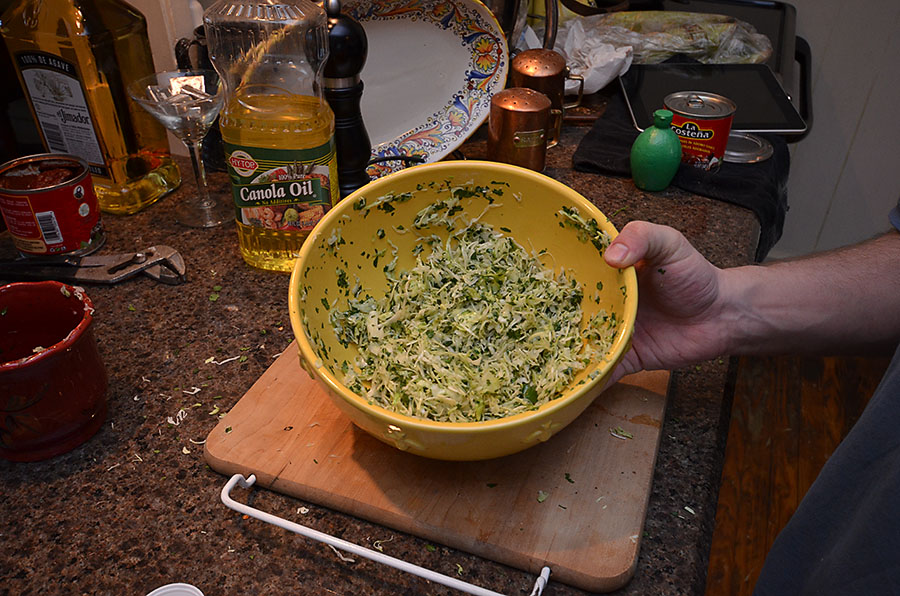 Now, cook the chicken and zucchini (we also had fresh corn on the cob!)

Serve with tortialla or chips… a bite of the sour cream, the slaw and chicken.. absolutely wonderfully, good!!! 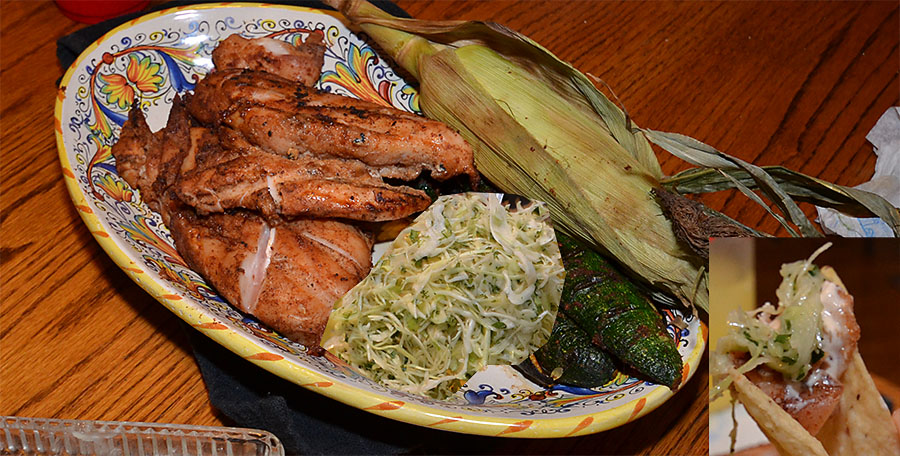 Captain Josh got the recipe from here

Here’s the recipe in full form.

Prepare barbecue (medium heat). Whisk sour cream and chipotle chiles in small bowl; season with salt. Whisk brown sugar and next 5 ingredients in another small bowl to blend for spice rub.
Place zucchini and bell pepper on rimmed baking sheet. Drizzle with canola oil; toss to coat. Sprinkle spice rub over both sides of vegetables and chicken.
Place chicken and vegetables on barbecue. Grill until vegetables are tender and browned in spots and chicken is cooked through, turning occasionally, about 5 minutes. Transfer to work surface; cut chicken crosswise into 1/2-inch-thick strips. Cut vegetables crosswise into 3/4-inch pieces. Place chicken and vegetables in large bowl; toss to blend.
Place chicken and vegetables, chipotle cream, tortillas, slaw, and lime wedges on table. Allow guests to assemble their own soft tacos.

Test-kitchen tip:
To warm tortillas, wrap in foil in packets of six. Place packets at the edge of the grill; turn occasionally.