One cold night up at the farm, we heard a kitten, back behind the barn, mewling. She was mewling loudly and from the sound she was coming closer.

She came into the light of the fire we had going and she was thin and needy.

We fed her some more.

Finally her tummy got full and in an unexpected move on her part, she hung around and it wasn’t long before she was rubbing up against our legs as we sat.

But sometimes fate steps in and Daisy, as my momma named her, became part of our family.

Daisy is the best cat we have ever owned mostly because as independent as she is, she is also the most loving. She is the most loving to my momma.
My momma loves her with all her heart. And if there wasn’t anything else good or interesting about her, that would make us all love her back..

Daisy is curious about life. 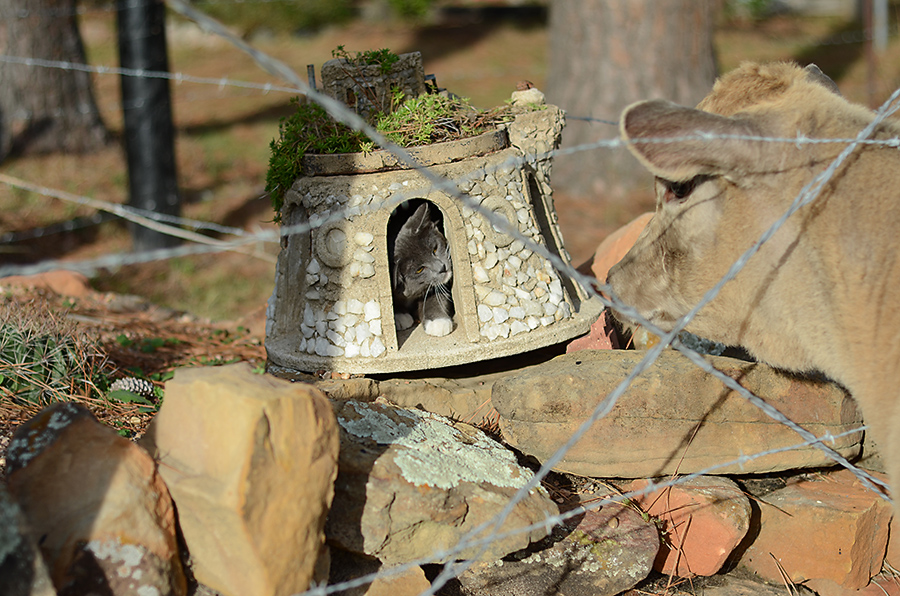 But… she lives a double life.

she is a voracious hunter. And nothing, I mean nothing is to big in her eyes. 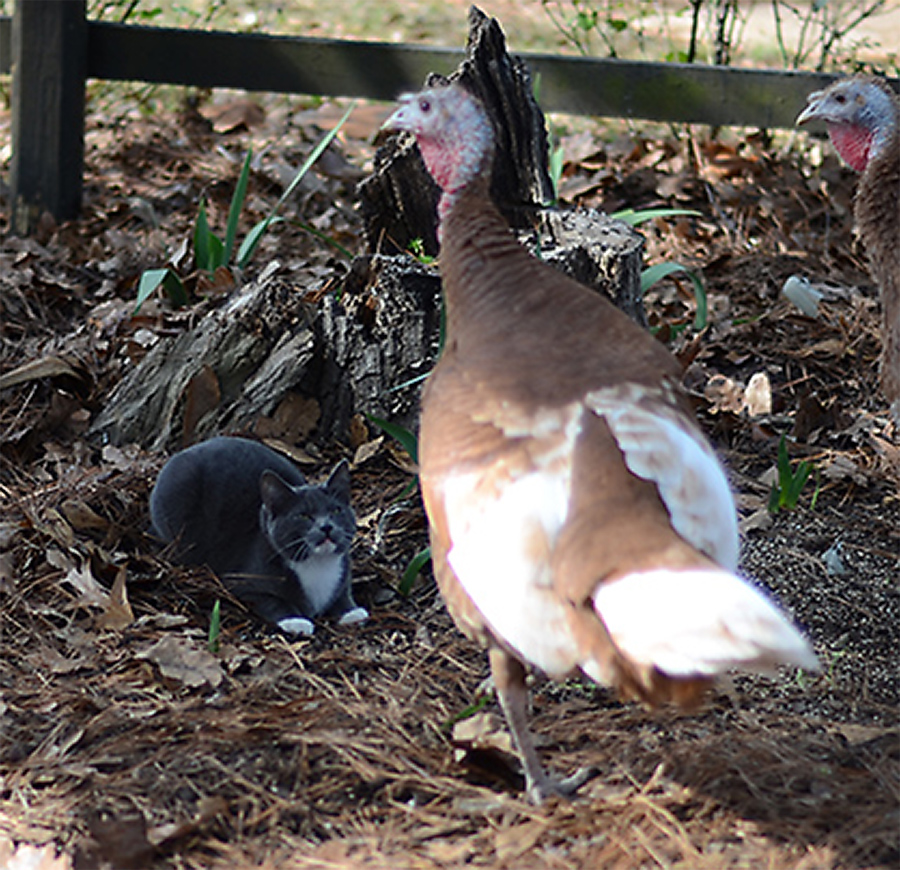 She used to bring dead lizards and frogs and such to our door.

They are beneath her now. She no longer kills the little prey, she just toys them into exhaustion.

But this weekend, she found a snake. Not too big, not too little, a just right prey for a maturing huntress.

She had to show her game face.

Then she had to prove her humility. 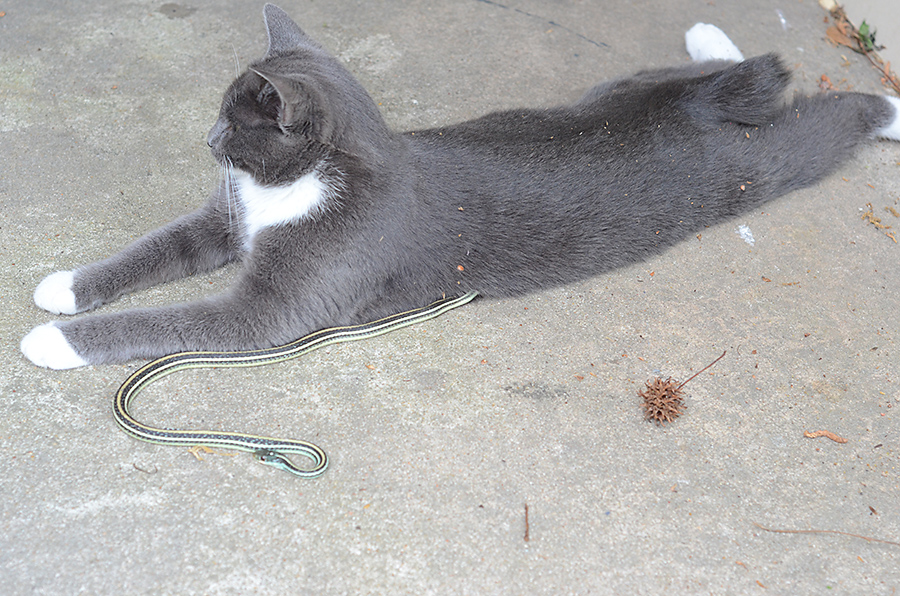 And then… well, she is a cat you know, a Southern one and a female. 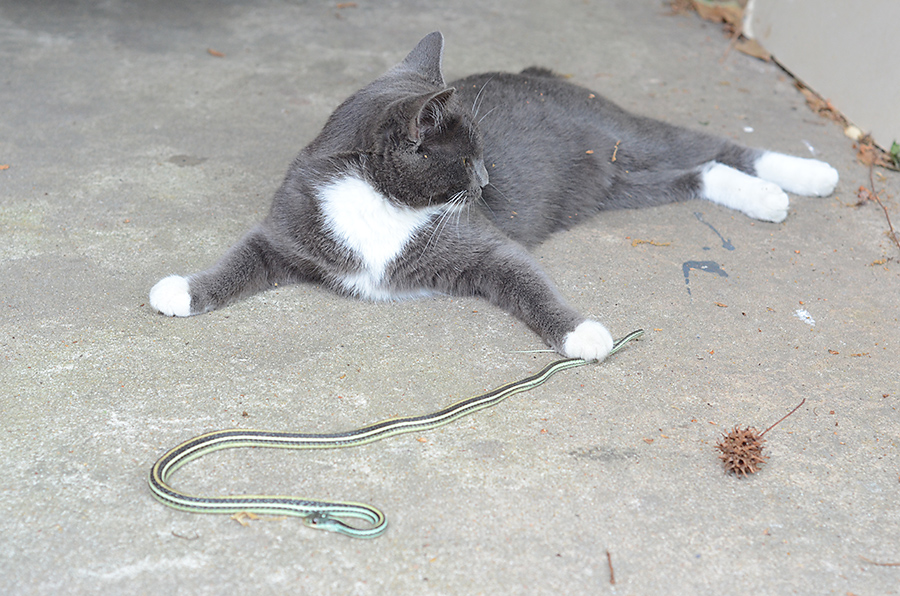 I like her mostly because even though she clearly is not normal, after all, whoever heard of a cat with only part of a tale, it doesn’t matter a bit to her. She thinks she’s special. She is. 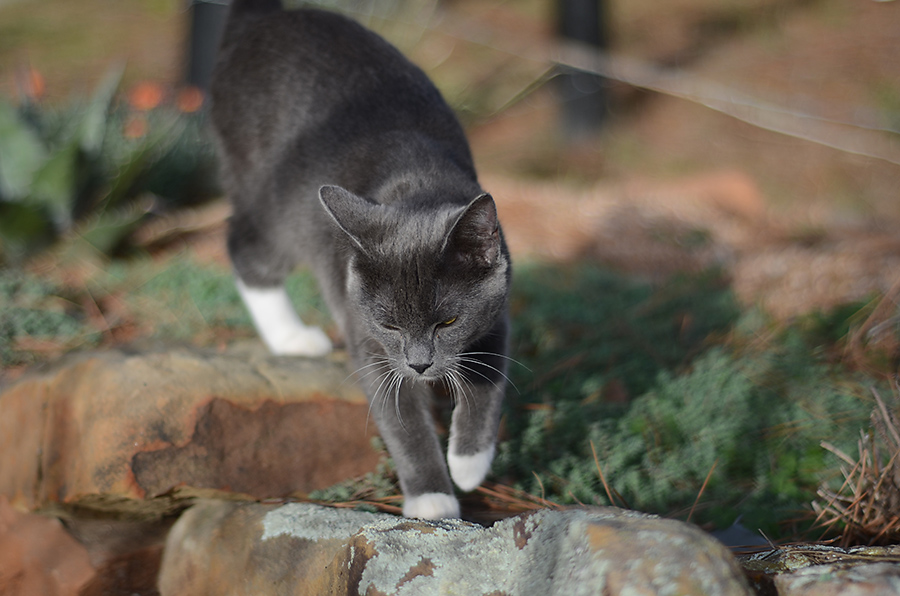