I slowed down enough to let the vet talk. I heard a barely audible sigh escape his lips and travel through the phone line.

“I can’t really give him any pain pills without seeing him,” he said, slightly resigned, but largely compassionate.

“I don’t necessarily want pain pills and I can bring him in,” I answered as I looked at Moses. He was having a good day but the nasty wound looked gross. Summer was coming and the flies would have a time with that, I thought.

Just how selfish am I being, not putting him down, I thought.

How strange to consider that we choose when animals go, I thought.

Why don’t dogs ever die in their sleep; it ought to be a rule of the universe, I thought.

This was what was happening in Hempstead, Texas in the middle of last week. At the same time, in St. Louis, Missouri, in a hospital fit for high risk stroke patients, Mary lay in her hospital bed, a relatively young woman, only 55, a clot in the deepest part of her brain, in the stem, where the things that we never think about having to do are done for us. This Mary, my sister-in-law, had begun fighting the fight that being a stroke victim dictates. In the first day, she had trouble talking, the clot had done that. She had trouble moving, the clot had done that too. Her head hurt and when she opened her eyes, the room swam. No sooner than the second day rolled around, despite as much medical intervention as the best doctors could bring, Mary’s troubles had increased. I listened to the reports from Missouri, as Mary’s sister and mother and children began the process of educating themselves as advocates, helping Mary as she struggled to make decisions and the doctors struggled to push her body towards health.

If my week had gone like I had planned, my thoughts would have swirled around nothing much more than my old dog and the decisions that I should make based on a compassionate vet’s best advice. Now, my thoughts swirled around Mary and Mary’s family and Mary’s friends, who in prayers and petitions and pleas, had wondered about compassion and comfort and quality of life and care. How often is it the ugly things that are hidden that blindside us I thought, recalling Moses wound that I had fretted about for so long and considered that it hardly compared to this unseen lesion in Mary’s brain, festering for months or years.

When was all said and done, Mary lost her struggle in three short days.

I walked Moses out to the car and watched as he labored to put his front paws on the fender. I gently placed his atrophied back side into the car. He settled down, groaning a bit, appropriate for his age. I thought, as I drove to his appointment, the one that would dictate his future, about circumstance that puts us in unwanted positions, to choose the proper time and place and choice of mortality or things beyond mortality, to show courage in the face of fear and sadness.

As Mary’s family advocated for her during those three short days, they advocated for her as the horrible truth became evident and when the team came to them, asking, are you willing, they, apparently without hesitation, said yes.

So today, I stroke old Moses head, and think about Mary, who loved animals, especially dogs. And I thank God for her, that she raised children who, when called to unselfishness, when called to try and do the best for others, despite the pain and burden of loss, despite hearts that broke a bit forever in that short time, know that their mother lives on, in their memories and in the gift of health for others.

Just how unselfish and caring, Robert, Sara, and Matt, I am thinking.

Your Mother is proud of you, I am thinking.

In Heaven it will be a rule of the universe that these kinds of things never happen, you can be thinking. 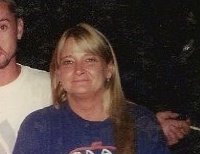