What a Wife Must Do

“Don’t just stand around. Figure out what needs to be done and do it.” Dad said.

“Don’t wait for me to tell you,” he continued, gruffly. More than gruff, he was autocratic.

Standing just off the dock and watching him launch the old johnboat as he tried to back into the water off the boat ramp, I looked towards his truck. There was a ton of stuff that needed to go into the boat.

I must have been about five.

I loved him fiercely and he me; but I feared him equally and it was both those things that drove me to do whatever I could to please him.

That and I really didn’t think I had a choice.

“Anyone can figure out what needs to be done,” he repeated.

I can’t recall exactly what my 5 year old mind did that day, I am pretty sure I started loading stuff. Its possible Dad started these demands earlier than I’m telling you about. I can tell you that the demand that I “figure out what needed to be done” was a constant expectation throughout our father daughter relationship, and I can indeed vouch that over the years, I did. Figure out what needed to be done, that is, in almost any situation, without much prompting from anyone.

Whether the aptitude was there in me or Dad just demanded it be, his insistence (and this included my brother by the way) that we be able to, without prompting, see when something needed to be done is who I am.

Frankly, I figured it was who everybody was.

It was certainly who my dad was.

Take for instance when my sister Gloria, with her malformed sodium channels, spending her small brief childhood, in a house filled with oxygen tanks and medicines kept in an old refrigerator, needed him. It was he who filled her syringes and gently turning her across his lap, soothed her while he injected her tiny malnourished baby skinned butt with cold chemicals from the door of the frig.

I can’t imagine he wanted to do that.

I can imagine he knew it had to be done.

I can imagine that, at whatever time and place that it was clear his Gloria needed, for him her father to give her shots, he did.

I can imagine he did it with little suggestion or admonition from anyone.

“Figure out what needs to be done and do it,” I thought as the nurse came to Silent Bob’s room last week.

While she pinched the skin at his side, the very fine needle sent an arsenal of chemicals into his body to keep his blood flowing smoothly.

“Show me how,” I said, thinking of God and Gloria and Heaven and wondering if they might be peaking through time to watch.

“She really doesn’t want to do that,” I am pretty sure God said, watching on, chuckling. “Good thing you didn’t let her get away with anything, Jack.”

“She’s going to own up to what needs to be done,” my Dad answers.

“She’s remembering me,” my sister says, proud in her part, her radiant angel skin full of healthy channels forever and ever.

And I can imagine they watch as needle poised, I listen to my heart.

“For I know the plans I have for you,” whispers the LORD through a words written thousands of year ago and straight from Heaven, “plans to prosper you and not to harm you, plans to give you hope and a future,” as he folds his hands, content in His big plan.

And it’s me that answers, “Even so, come quickly Lord Jesus. But in the meantime, I’ll be figuring out what needs to be done.” 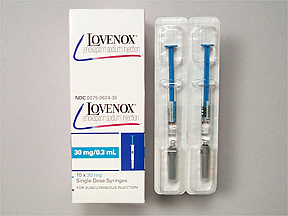