We sat in Beijing, Leslie and I, about in the middle of the auditorium. It was hot and the day outside was typical for the sprawling city; it was smoggy. Outside it looked like some lighter, brighter version of Bladerunner, except there wasn’t any rain.

Leslie and I were a little early for the talks. I don’t remember what they were about. I mostly just remember sitting with Leslie.

Both of us were part of a society, one that looks into how life originated, from the science end of things.

Leslie was famous for his work in biochemistry. He was very famous for his intelligence, especially in thinking about the most basic chemical reactions that life might do if you were inclined to consider just what things might have been like on a very early Earth.

He must have been about 75 or so at the time I am remembering him. I never knew him when he wasn’t old and mostly I knew him as my tennis partner when we met annually at these science meetings. He was a good tennis player, old school, and despite the occasional, scary heart palpitating gestured covering of his age spotted hand over his heart, we had fun.

“Funny about evolution and old people,” Leslie confided to me as he leaned over and whispered kind of conspiratorially like in my ear.

“What do you mean, Leslie?” I said and waited. Leslie’s intellect covered a lot of ground and there wasn’t a single time that I didn’t enjoy wherever he steered the conversation.

“You would think that young people would be careful. Evolution almost dictates that kind of response because youth has so much to lose. It’s us old people who should be ready to try anything. We should want to jump out of airplanes with parachutes on and see how long it takes us to open them.”

Leslie’s voice was slow in cadence, gracefully British and his rheumy blue eyes looked at me clearly.

He smiled. “We are careful though, aren’t we?”

I thought about Leslie today and that conversation back in 2005. Four short months later my Jake would go to Heaven and 2 years, almost to the day, Leslie left this world.

I was thinking today that if Leslie believed that it made sense that evolution should dictate our no holds barred, give it all you got existence the older we get, and it doesn’t, what do I know that would explain something that evolution can’t?

There have been some overwhelming things this past week and I had a moment to consider that life as we get older seems to be mostly about narrowing choices, not ones that make life broader and richer.

And for a moment I felt my heart shiver and droop with unease and doubt.

And then like soft angel wings, soft words from a Heavenly father filled my mind and He said, “with one exception, my daughter. Here me and listen, the author of evolution and all.”

“That is the one that if you are looking towards Heaven. Because if you are, the full dreams and innocent hopes of youth here on earth or the lessening of them as life goes by, are nothing given the promise of what comes next.”

Today, I choose to live life, where I am right now, knowing full well, that the full tilt, head on, opportunity that awaits me. By God’s grace, and it’s my prayer, fill me with joy for this life that takes me there. 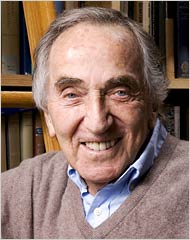