Remember What Your Daddy Said

As I think I have told you, I am the oldest child. I was also the girl child that my dad hoped would be a boy child. I take no offense at that knowledge, because as most parents do, Dad accepted my gender easily enough, principally because he fell in love with me, because I was foremost and forever, his child. And there upon, he just as quickly determined to raise me as if being a girl child wasn’t as important as being an educated child. To him, educated carried wide ranging considerations because even if he and me and we were lower middle class, working class, the ticket to… well wherever I was destined, was education.

There was music. I probably could have asked for any instrument and he would have done what he could to give it to me. Too bad I didn’t practice any of them the way I should have. I had some talent, but no initiative.

There were lessons on the mechanics of anything he had on his workbench or under our carport or on the back of his boat and despite my best intentions to not ever change a sparkplug or a tire or anything in between, I have done a few of those and somewhat more.

There were fishing lessons and hunting lessons and while I can’t say I ever enjoyed holding a bow in my hand or a shotgun against my shoulder, I can for sure say I am glad he put them both within in my reach and taught me the responsibility their kind of power carries.

There were chess games of which having nervously memorized the possible movements of the pieces of black and white, I spent more time analyzing the quite small but perceptible emotions that spread across by dad’s face as I never did much more than suck at the game. He had hoped for better. If I had not been so terrified of making a mistake, the competition might have been more to his liking. Or not. My dad was a good.

Then were the lessons on boys and sex and honesty and faith and Dad, rarely leaving those particular topics to single sessions, reiterated that it was okay to doubt, boys had one thing on their minds, and that no matter what mistakes I made, I would always be his daughter.

I have often wondered who I would be if Dad had not constantly complained that I not follow along like a sheep. Did he see something in me that called him to reiterate to stand up for what was right and not go along just to be accepted? One thing for certain, he longed for me to be discerning; in what I thought, in how I behaved, and in what I read.

For the longest time, I have carried those lessons and lectures and dreams in the background of my heart, in the common places of my mind where distant reminders take up familiar space. I brought them out, bound in the wrappings of a mother, course corrected for more knowledge and insight of the female gender for three sons all swaddled in hope for their lives. Tonight, some part of me wishes I was young again, contemplating the singular singlemindedness of young men. I wish I was young again, with life and all that it had in store before me. I wish I was young again, because for the first time in a very long time, I would love to hear my Dad’s voice, tell me to stay strong, be smart, and don’t believe everything you read.

Because even when most of life is behind you, it’s still as important to know that it’s okay to doubt, it’s important to stand up for what is right, and no matter what, someone in Heaven loves you. And it’s especially good to hear your Dad tell you so.

PS. Dear God, I would like to beat, I mean annihilate, my dad in chess when I get to heaven. I love you. Janet 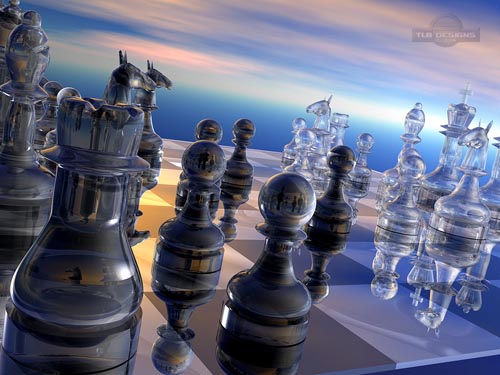