I have never been much into cars. This is clearly all on account of my Dad, no question about it. He thought one of the best ways to teach humility, (in his mind, a very necessary attribute if you wanted to be close to God,) was to drive really crappy cars.

The first car I ever had and mind you, I HAD a car, my own, at 16, was a Plymouth Valiant. It had a pushbutton transmission. I repeat this fact because it was oft repeated to me. Dad’s mantra that “it has a pushbutton transmission, Janet” was certainly reiterated to reinforce the fact that although the car was quite crappy in reality, there was a specialness to it that I could appreciate while I was gaining humility. Uh huh. The car also had to be forked to get it started. 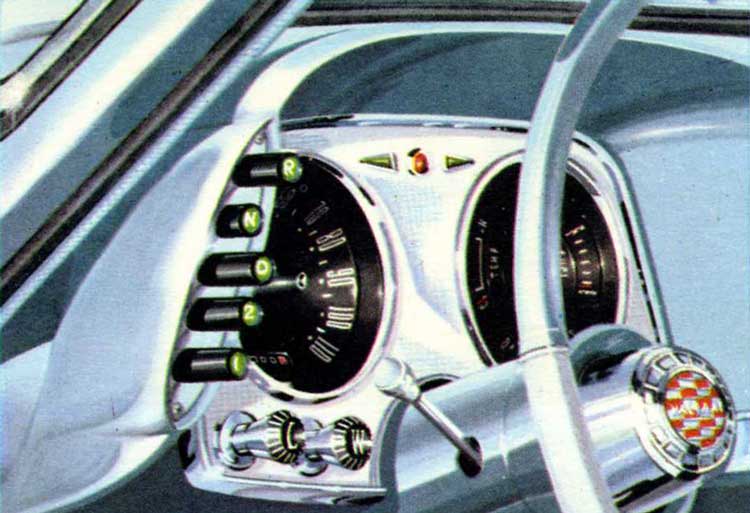 You might not know how to fork a car. You could call it screwdrive a car if you want. I will explain the transition in tool use presently. Something was wrong with the starter of the Valiant. I can only guess that is the reason that it was no longer the family car when I turned 16 and inherited it. Dad was very precise in his exposition of the appropriate car starting protocol. I am sure he told me exactly what was wrong with the car, but honestly, during his one-time lesson you better be paying attention monologue, there were only two things on my mind; how to start my new car and how embarrassing this was all going to be if I couldn’t find instances to start my car in places where no one would see me forking my car.

Here’s what you did: a metal object, (initially Dad handed me a screwdriver) had to be placed in just the right spot on the engine block and a particular spot on the starter…or the solenoid… Looking back with less estrogen now than I had then, I guess I was hotwiring the car. Or maybe I was completing some kind of other electrical circuit that wasn’t technically hotwiring, I did have the key afterall. Heck, I really don’t know. I just know that when I connected the two spots Dad instructed me to connect, I could jump in the car, turn the key on and the car would start.

Let me be a little bit more illustrative.

A 90 pound, 5’3’ teenager, upon being dressed for school, her lank, brown hair doed up for the boys she hoped would notice, would necessarily pop the hood, jump out with her screwdriver, place it in the afore mentioned spots, jump back into the car, turn the key to on, jump back out and remove said screwdriver, slam hood, discreetly store said screw driver, and fume to school.

Except, one morning, upon multiple attempts to get the dang thing started, upon retrieval of the screwdriver, it’s plastic handle had melted onto the block and gotten really hot. Desparate to get to school, I found a metal fork. Tool replacement accomplished and from then on, my car was forked.

My dad went to Heaven, successful in his bid to make his daughter humble. Well.. certainly to not care about the car she drove or to view said vehicle as an estimation of her own personal worth. (There might have been a little bit more communication there between said Pappa and daughter in the what-you-are-worth-and-why category so that said daughter would understand exactly why she was worth so much in the eyes of God and all, making sure said daughter understood the car forking and humility and worth connection you know).

All that to say, that there I was driving down the road the other day, and to my right, stopped at the same stop sign, was the most beautiful car I have ever seen. It was bright yellow, not my favorite color in hardly anything, and I turned around and following it up the street, noticed it even sounded good, mechanically finely tuned, exhaust and engine noise, kind of all purry like.

On my drive home, I wondered how much it cost and I tried to picture myself, sitting behind the wheel. Where would I go, I thought, if I owned one of those? For those few moments, in my mind, I took one ride, down a road where no one else was. I marveled at the engineering, drove it as fast as it would go, and when I finally stopped, I popped the hood and took a look. No forks here. Smiling to myself, I wonder a moment at the hands and heart and mind that designed such a car.

And I think for a moment about the Dad whose heart and mind molded a daughter.

Thanks Dad, both of you, up there in Heaven.