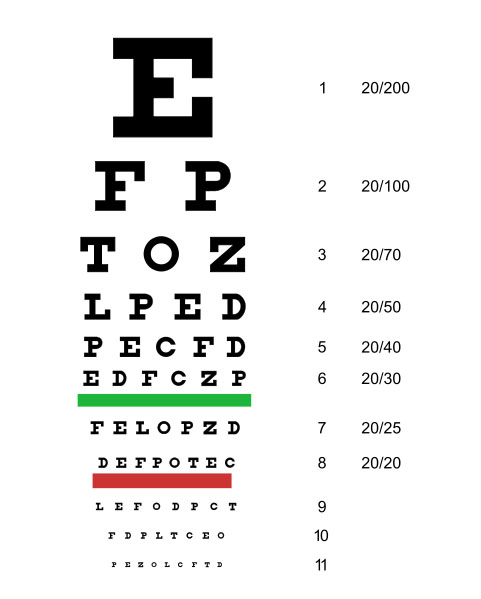 “I am going to have to renew my driver’s license. I want you to take me,” says my tiny, feisty, soon to be 78 year old mother.

We look at each other.

“If I don’t pass the eye test and they don’t give me my driver’s license, then I am going to just drive without one.”

We found out about 3 months ago, that a yellow thick cataract covers her left eye. Realizing now she is so totally the reason I fit into the I-am-a-hypochondriac-that-won’t-go-to-the-doctor category, she has expressed the fear that should she ever arrive on the operating table, it will be her direct entry into Heaven’s pearly gates.

However, she clearly is not able to see. Out of that left eye at least. It’s difficult to tell whether her driving acumen is tethered to that defect because she also is deaf, or almost nearly completely so. Surprisingly not being able to hear is a detriment to driving as well, although TXDOT has not recognized such. Horn warnings from other drivers can be informative.

There is a reason they make almost 78 year olds renew their driver’s license.

I don’t tell her where we are going until we get there. The daughter that I am, due to the mother that she is, I don’t relish this uphill climb she has ahead of her. I figure if somehow she can manage to renew her driver’s license sans any medical intervention, then who am I to dispute the wisdom of God answering a specific yes to her prayers.
Keeping her non-nervous on the journey there is providing all the support that I can. I had heard that in Hempstead, Texas there was no line. I also figured they might be slightly more, well, lenient.
The office was a room tacked on to the back of a metal building, about the size of a medium size restaurant bathroom. Two desks occupied one wall and we were queued in through the back door, shoulder to shoulder with and assortment of farmers and wanna be 16 year old drivers, a very large Hispanic woman was manning the driver’s license triage.

“Read line four,” she says to my Mother.

“She is kind of hard of hearing, I say.” And mother nods in silent agreement at this, because although she can’t hear what I said, recognizes the very familiar pattern of translation she and I have developed.

I glance at her. The normally quite feisty twinkle in her eyes has been replaced by a slump shouldered, poor me I am the sweetest woman on the planet, and there is just no way in heaven you could possibly consider curtailing my freedom of driving by denying me a drivers’ license, pleading look.

I must tell you that for those of us in her family, this look so works for her. It’s the reason that when we got to the feed store and she tells the baby chicks, “don’t worry, I will be back to get some of you”, we go back and get some of them. And make a pen for them. And go out every other day to feed and water them. It’s the reason I am taking a blind and deaf 78 year old woman to renew her driver’s license.

My mother, who also has arthritis in her hands, lifts a pair of glasses from her purse and attempts to put them on. This is a problem because her fingers having turned out away from the joints of her palms, don’t grasp so well, exacerbated by the fact that she wears 2 inch long Wal Mart silk nails on the ends of each finger. Painted bright red.

It looks to me like her initial plan is to appear incompetent to apply her glasses and look through the eye test viewer. Clearly, she believes that the DPS will see merit in expediency for getting through the customers, rather than request she complete the eye test.

The red tipped arthritic fingers dip back into the purse, and out comes a wad of glasses, jumbled together, clanking and slipping back into the bowels of her purse. She attempts to grasp them and place them each one of them on her nose. Out of her mouth comes the explanation as to why she cannot see with the ‘damn’ prescription glasses that she paid $300 for. This is said pretty loudly, as being almost deaf she can’t hear her own self and the Jones’ side of her family are loud talkers, I mean really loud talkers.

I recognize she has augmented her initial plan to include attempts at putting on multiple pairs of glasses unsuccessfully.

“She’s not going to get away with it,” whispers the guy right in front of me.

It’s been an intimate exchange, all of this. There have been barely disguised ripples of laughter in the bodies we are queued with. Well, with the exception of Office Triage.

She has to read line four,” she says again to my Mother, who slumps her shoulders even more. “I can really see better without any glasses,” says Mother, clearly indicating that this fact and the logic behind it, should negate the necessity of the recitation of line four.

The renewal of my own Driver’s license having been the initial excuse for our visit, Officer Triage begins the interview and seems genuinely relieved when I say I do not wear glasses. She clearly is wondering how far the similarity goes in this mother/daughter duo. I fill out my paperwork with my readers on.

“You will have to read line 5” she says.

As I move towards the machine, Mother stops me. In a voice that to her ears is a whisper, she says very loudly, “Memorize line 4. It’s only 6 letters.”

She walks triumphantly back to the only chair and waits.

Should you see a little blue Honda del Sol on the roads of Northwest Houston, with a tiny white woman grasping the steering wheel with long fingernail tipped fingers, don’t honk.