Isabelle sat on the patio chair, her little feet dangling.

“You want to use the stool to sit on? I think the table will be at the right height then,” I asked her.

She shook her head yes.

She was coloring in a book that my Mother had set her up with. They were playing a game of teacher and student, my Mother grading her work with each finished page.

She is bilingual and likes math.  She has a large vocabulary, strings words together in proper English, and her Spanish sounds beautiful to me, although that’s not much credit since I have no idea how to word string properly in Spanish.

Her little brother died two years ago. Although young herself, she was quite the mother to him. She has that instinct.

“Dexter has gone out to the front again,” she said, matter-of-factly, as she picked the red marker and colored in the heart on the bear and reported on one of Mother’s poodles.

I called and the dog came running around the gate.

I settled into one of the chairs and started working on my computer.

Isabelle started talking.  First it was about her brother Brian, and then the circus she’d been to. Her dog LaLa had died, did I know that.  Dinosaurs are cool and her mother makes her read, a chapter a night. Summer school is over but she still doesn’t like to read. Next were videos on her Mother’s phone.

“Sorry, this is in Spanish,” she says.

As I watched the video, I wondered at the self-consciousnesses I had noted in her apology.

This is the child who when she and Brian and I were in the pools three summers ago, told me in bold  confidence to give up trying to say her name with the beautiful Spanish accent her Mother used.

When her video narration was over she covered what she had for dinner the night before and some recent visits with her cousins. There is one cousin in particular, who she wonders if he tells the truth.

She is big on what is true and what is not.

“He told me that birds are dinosaurs. That can’t be true,” and waiting for me to agree and I didn’t, her eyes darted to my face,  disquiet written in the young, brown skin.

I can’t say I did the best job of explaining it.  As my explanation involved why she looked like her mother and I looked like mine and fossils and birds looked like dinosaurs, sort of, the disquiet was replaced with a bit of incredulity that reminded me of her estimations of my Spanish accent attempts.

I doubt she felt she was any closer to evaluating her cousins’s likelihood of falsehoods.

Both of us taking a short second to consider this last exchange, the singing of this years cicadas filled the morning air.

“Do you hear that?” she said, her face concerned again.

“Do you know what that sounds like to me?”

Her little shoulders tight and a bit drawn in, she expelled air as she confessed.

“It sounds like baby rattlesnakes are all up high in the trees.”

She looked at me, hoping.

It was as if her imagination  spoke the words into my head and I could see what her mind told her might be the case.

Wow. Baby rattlers all around and above her.

“No, those aren’t baby rattlers. Do you want to know what they are?”

As the male cicada song ebbed and flowed above us, and I explained, she eased into the truth of the natural romance that was going on the trees above her.   I showed her the exoskeletons of several cicadas on the underneath side of a big elephant ear. The snakey tree picture in her head morphed as the males insects continued to make that rattly racket.

“So they don’t bite or anything?” she said.

“No. They just hope to find a female.”

I hoped she was going to be quiet for a little while.

“I watch KPRC news,” she said pretending to color.

“Do you know a lot of people were killed in Dallas.” she finished.

I don’t think I sighed out loud, but I may have. This wasn’t a question. She didn’t wonder if this was true.

It had been on my mind what children might think of the constant barrage of news and the media accounts of the news.

“Do you know what that was about?” I asked her.

No. She just knew a lot of people were killed.

“Do you know that there is a woman who got caught lying? Why wouldn’t a grownup always tell the truth? She is very angry she got caught.”

Before I could say anything…

“Do you know Donald Trump?” she asked. Now she didn’t even pretend to color. One marker was in her hand, lax against the page she had been concentrating on. “Why does he not want us Mexicans to come to this country?”

As she told me what she understood, I realized, that was where the hint of marginalization and negative self worth had come to lace her apology for her language heritage.

This essay is not about who you should vote for, is it? I would not presume to tell you that.

It is not to disparage one candidate over the other, is it? It is not.

It is about the children of this country.

It is about a call for all of us to look into who we are as citizens of a society and the protectors of its youngest.

It is a plea to be responsible for our own character, integrity, and honesty, lacing our conversation with grace and kindness and standing up for the innocence that children are due.

And to expect those very things of every media outlet, politician, preacher, and leader, no matter what it said or done or supposedly said or done.

It is a call, that if you are a Christian, to mirror the heart of Christ as much as humanly possible and for that part that isn’t possible for us humans, to pray for the supernatural strength of something bigger than us and His power.

All the while all of us, protect the little ones and assure them we have their backs. 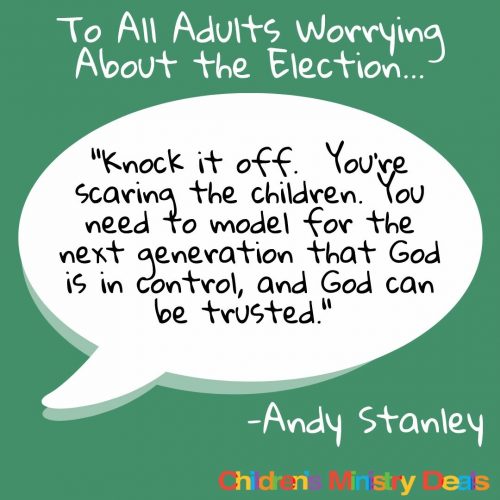