Sitting in the Walmart parking lot a little bit north of Houston, the blustery wind is buffeting the car. It’s going to be a hot summer, more climatically eratic than usual I would imagine. I’m hoping we are not going to suffer a drought although quite frankly, the signs aren’t good. For now, on this April Tuesday, the wind blowing in has enough spring to it that I’m comfortable and I am waiting on my Mother.

At soon to be 82 she’s not the best driver. I doubt she could hear you if you blared your horn for 3 minutes right behind her and she has no vision in her left eye. I have begun to suspect that she can’t see out of the other one much past arms reach. I say this to tell you how proud I am of her because as independent as she is (and she really is, in all manor of definitions of that word) she has conceded that driving even short distances is not something she should be doing.

She frequently laments that she wishes she had a paid driver.

It would still afford  her some freedom is her reason.

‘Driving Ms. Daisy’ wasn’t just about  racial acceptance and relationships in the south, it was also about aging, which we all do regardless of the color of our skin.

So, for now Mother has me. And that means that one of her favorite pastimes, shopping, falls under the purvue of me, the driver and my driver’s willingness to take her to the places she likes to go to buy her toothpaste, flower baskets, and dog treats. And not rush her.

That’s the key here and why we are new to this arrangement. I realized that for me to give her what she wants, needs, I needed to be a bit more chauffeur like in my approach and not like a companion shopper. We all need private time.  Besides, we are vastly different in our shopping philosophy. She loves to peruse the aisles slowly, piddling about shiny and beautiful items. I’m Lance-like in temperament and approach, speed shopping on steroids.

Today I told her take as long as you want. I’ll be reading email in my truck. You know where I’m parked.

I really didn’t have any email to read, I too wanted some  private time and sometimes, alone in a crowd (or a Walmart parking lot) is just what you didn’t know you needed.

I watched as the young teen held his jeans in a wad at his groin, the pant bottoms draping around his ankles in multiple folds, the denim crotch hanging so low he waddled ungainly.

I remain mystified to the statement he hopes he is making to the world.

Not for the first time, I want to run over, with my pants pulled down to my butt cheeks and let him see the idea from a perspective that might put a little sense into his head.

I didn’t do it but I am certain it would have been a moment of clarity for him.

I watched as the woman who I had rushed past inside, a 40 something, blonde with a gentle smile on her lips pushes her full buggy to her car.

I leaned my head back and just because they came to my mind, I said a prayer for a few people that for one reason or another I knew had a trouble going on. The prayers didn’t take long and when my mind began to wander I thought for a moment what my life would be like if God has decided in his wisdom to make me a chauffeur to earn  a salary.

You’d have a lot of time to think and a lot of different places to do it in.

I eaves dropped on their conversation, it blowing in with the wind through my truck window.

As one thanked the other, I could tell the other basked in a glow that had to with only one thing, doing something for someone else. I thought about a very similar Walmart experience my mother had when she was driving her own self about a year ago. Mother had bolted through our  backdoor, panicked, and when we went back together to see how the best way to mediate the damage, a woman was waiting outside looking for a frantic owner of a yellow handbag left in a cart.

I watched, when the conversation over, the brown skin woman’s gait and posture as she walked past my open window.

Mother arrived. “I have a daisy for you.” Inside the plastic sack was a cute pair of leggins and athletic top that I would never have seen. Mother was connecting with me on something she thought I would like, something that might work for the tennis in my life.

“Thank you, Jan,” she said her eyes happy and  young, the smile broad on her face.

There is wisdom at even places like Walmart, if you open your eyes to see and take note of what feeds the soul of man and woman, what gives us hope and fills our heart.

Mother tells me that getting old means ‘your options get fewer and fewer.’

There are always options that have nothing to do with whether you still drive your own car, whether you are 80 or 16 or 40.

It’s those options that matter. 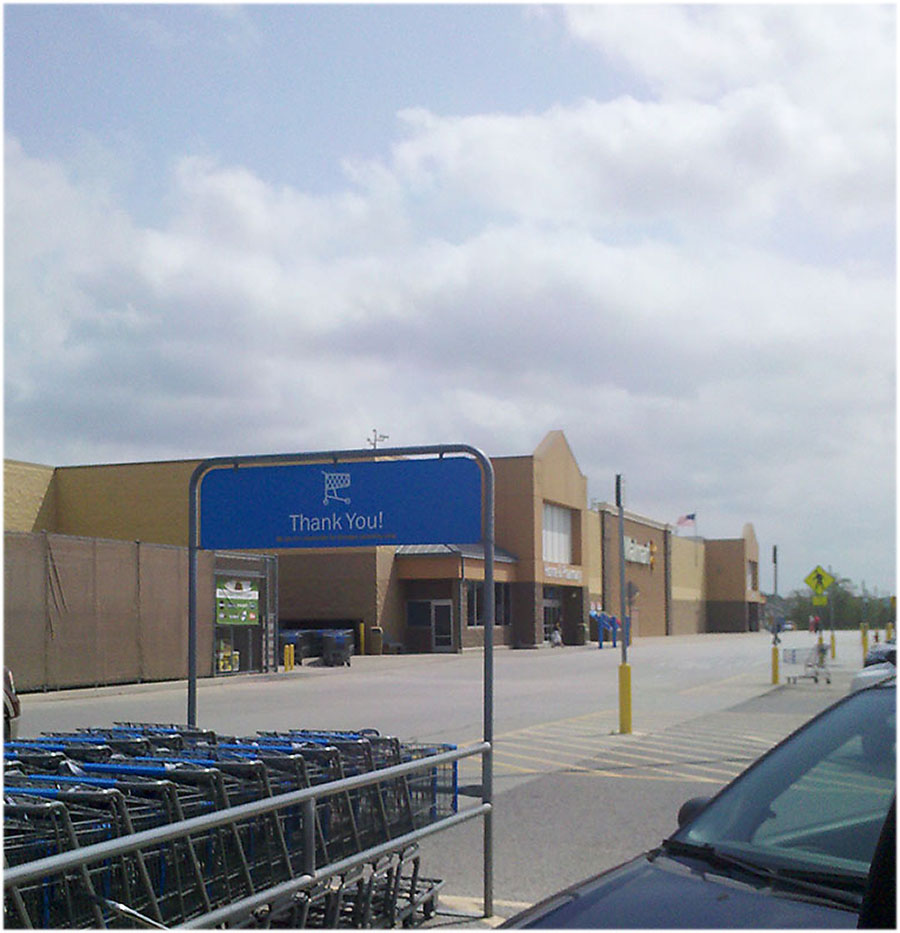