If you’ve been reading anything I have written for the last several years, you know I came from an alcoholic family. That would be my Dad. We might have been dysfunctional, but we were 100% classically dysfunctional if you took a text book of a one parent household with substance abuse.

I didn’t realize this until I saw a documentary of such families. I was about 25 and it startled me that constant swathing of alcohol to an adult brain, while killing grey matter, also perpetuated a set of classic symptom and outcomes common to such families.

In a weird sense we were a ‘normal’ dysfunctional family.

I always counted myself lucky though, to be born into this family, with the dad I was blessed with because in spite of all that bad up there, there was some amazing good. For one, Dad was a living testimony.  Discount what I am about to say if you tend towards atheism if you want, but I would be hard pressed to offer any other explanation to Dad’s sobriety for the last 17 years of his life, than a miracle.  Heck, Dad, himself said it was because of a power beyond him. I tend to believe he wasn’t just trying to throw me off on what finally worked for him. That would be just downright cruel. It doesn’t hurt that I know the links he had gone to previously:  he seriously considered suicide  and more than once. The strain for sobriety was that difficult. Let me assure you. My dad was made to accept challenges and overcome them. He lived for it and sobriety was out of his reach on his own.

Yeah, his sobriety was pretty much miraculous.

Additionally, statistics show that alcoholics trend towards some of the more intelligent of the populace and disregarding prejudice, my dad was very intelligent. When you combine that with wisdom, which he had in spades, with the struggle of alcoholism and his own abusive mother, Dad was a good dad. He taught me things that no other Dad could have taught this particular daughter.

As a man from a generation when women weren’t given much freedom and were expected to aspire to ‘just being housewives and mothers”, he was progressive in his thinking for his daughter.

(Just so you know, it was difficult for me to write “just being housewives and mothers” even as necessary description. Me, my gender, my body, a woman’s body is the ONLY way the next generation is birthed. I count nothing else in this world more important or more significant in contribution to what I, as the unique female I am, that any other woman is, has to offer in providing and nurturing the next generation,  literally our world’s future. )

Okay.. back to Dad… For dad, part of this progressive thinking for his daughter included sexual education.

Just like all things in our household, nothing was off limits to discuss: doubt in God, temptations to lie, or desire for premarital sex… all of it came under the heading of equipping a child, a girl child, to make the best decisions. And for my Dad, he counted it his duty, especially given the insight he had on most of the evils of the world one might find themselves tempted with, as the one to provide the lectures.

I had a lot of lectures.

When it came to sex education, the bottom line was pretty much this. Boys will tell you anything to get the one thing they have on their mind. God intended sex for enjoyment at the right time and place. Bodies were a beautiful creation to be taken care of and each person has the right to make their own choices. Sexuality is a normal part of who we are and nothing new has been wondered about by you that hasn’t been wondered about by someone else.

He wasn’t bashful about filling in any physical details I asked and he didn’t speak in euphemisms. It was just straight out biology but most importantly with the added wisdom he had that included details on how all choices have their consequences. So given that, it was very important that I make my own informed choices and not let someone else make them for me.

Oh and also, that teenagers were basically idiots and really didn’t have enough wired straight to really know what good choices were so decide ahead of time what my choice was and then stick with it in situations where I might not be thinking straight. (I absolutely hated it when he said this…)

So if Dad was here, here is what he would say about ‘whale’s tails’, those situations where young women make sure that anyone who happens to glance at their butt, knows exactly what kind of underwear they have on…

And this is almost verbatim Jack Huddle, because despite or maybe because of his own life, he wanted something better for his children: “It amazes me how much of life revolves around sex. For an activity that takes about 20 minutes for humans, peoples’ lives can be dictated and consumed by it. It has an important place in our lives but when you move it past the place it should occupy, you skew your life.”

So young girls out there, while you are a sexual creature and you should grow in understanding of that part of who you are, thats very important, consider how you want the world to see you as a whole person.  A whales tail, for the world to see, by everyone you pass, discounts so much of what must be who you are as a total person. It for sure will be distracting to most males, who, poor fellows, won’t see much else. It’s up to you. Girl power. Use it wisely.

You, yes YOU, are that important to the world!!! 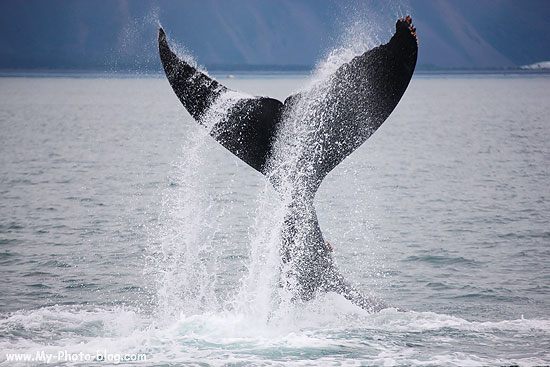